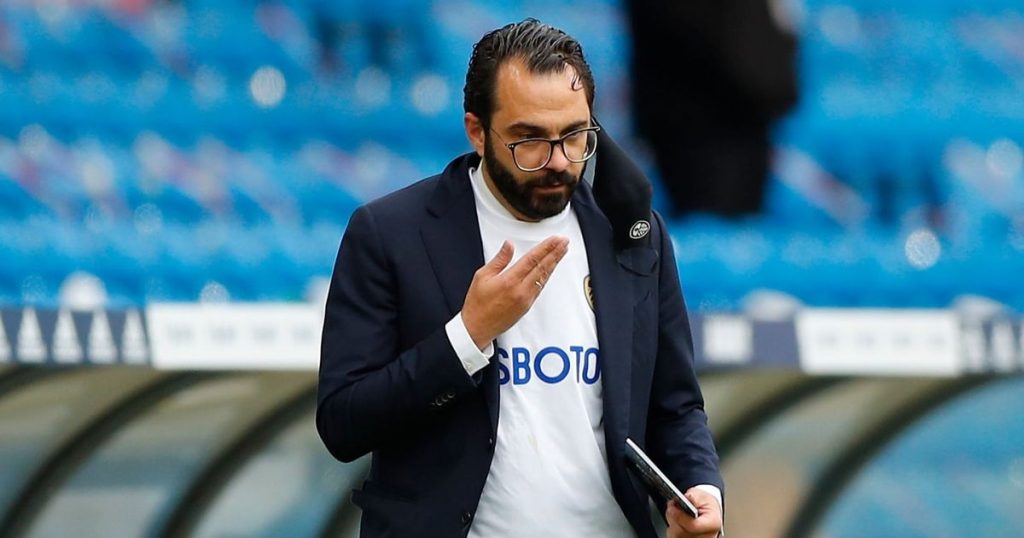 Player recruitment is always an incredibly complex process, as Leeds United have found this summer.

Leeds have had a deal they hoped they would complete fall through – as Conor Gallagher chose to move to Crystal Palace instead. As well as this they’ve had to go through the new Governing Body Endorsement appeals process in order to secure a work permit for new goalkeeper Kristoffer Klaesson, following the change of rules regarding EU-based players after Brexit.

Things might just be about to get more complicated with arguments raging over whether vaccination against Covid-19 should be made mandatory. As it stands, this is not currently the case and some players are exercising their right not to be jabbed.

For football clubs, this presents an issue as under current government guidelines non-vaccinated people will still be expected to isolate after coming into contact with a person infected with the virus, regardless of whether they are symptomatic or not. This could mean that players are forced to miss training and matches that they wouldn’t miss if they took the jab.

Not to mention the fact that they could also be exposed to being more seriously ill by not taking the jab, which many clubs would consider to be reckless from the player. Therefore, many clubs have been encouraging their new signings to take the vaccine on arrival, if they haven’t done already.

Speaking to the Liverpool Echo, owner of Danish side FC Helsingor Jordan Gardner said: “Nobody really knows what is going to happen and at the moment we are waiting on some guidance from the Danish FA as to whether players will be required to be vaccinated.

“We have one or two guys who aren’t planning on taking the vaccine and we are having to have constructive conversations with those guys to find a resolution. If it is deemed they don’t have to then we will have to factor in testing for them and things like that.

“My concern at the moment is that we are planning a winter training camp in Turkey and I’m not sure how it plays out if we don’t have a squad fully vaccinated. I’d love to take our team to the US to play a tour but I know for a fact that we won’t be able to do that unless we have been vaccinated.”

He went on to say: “From a transfer point of view, some clubs might not sign players who aren’t vaccinated, and if a player refuses to take the vaccine then that could end up having a detrimental effect on their resale value.”

He even advocated for mandatory vaccines, explaining: “In the US things like the military require you to be fully vaccinated and other businesses and lines of work have that in place too. I’m not sure thinking it should be mandatory for football is a super controversial take if I’m honest. I’m very much pro vaccine.”

From a club owner’s perspective then, mandatory vaccines would be preferable. However, an unnamed player agent was also quoted in the piece in the Echo, saying: “I’ve had players who have been offered vaccines on arrival at clubs and they are asking me whether they should get it or not, but it is a personal choice for the player.

“The issue is that if you are a player playing in the top European leagues then you are going to have to do some international travelling and not all countries have the same approach when it comes to unvaccinated people.

“It will be in the back of players’ minds. Football isn’t bulletproof and just because we work in this industry and think that we are afforded some kind of special dispensation I think that the last 18 months or so has shown that we aren’t the be all and end all and that we can’t dictate what happens. We’re not ring-fenced from society.

“Players from different cultures, of different religions, don’t all feel comfortable with it and some don’t believe in it. How do you force someone to do something that goes against their beliefs? It’s a challenging time for clubs and players.

“I think some kind of clarity will arrive and we’ll see some rules and regulations put in place, but it won’t please everybody and it will play a part in the transfer market in the future, most definitely.”

Whilst it’s unclear what will happen yet regarding any regulations, it’s just another complication for the already highly stressful period that is the transfer window. We may yet see prospective transfers falling through due to players and clubs disagreeing on policy regarding vaccinations.