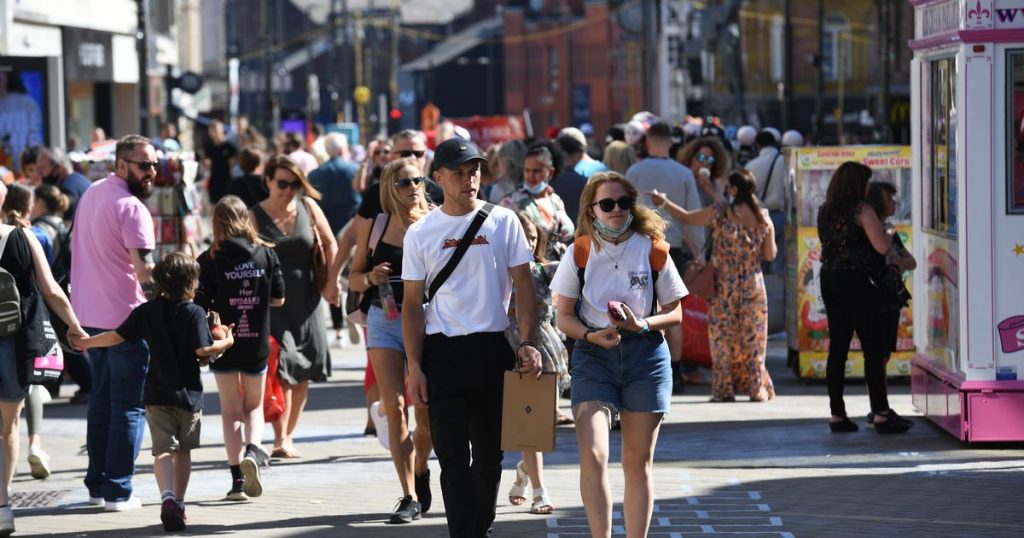 After a somewhat subdued August weather-wise, it appears we’re being treated to a late period of glorious weather.

Today (Tuesday) the UK was graced with the warmest weather since late July and according to the Met Office, it’s set to continue through Wednesday.

In Leeds, the sun has shone on the city throughout the day, leading to BBQs and picnics all over.

The temperature peaked at 28C according to the Met Office and it’s predicted to reach the same scorching heights tomorrow.

The Met Office predicts it to be sunny throughout the day, with the temperature peaking at 4pm at 28C.

From the morning the temperature is expected to be 17C and it’s expected to gradually increase throughout the day, passing 20C at 10am and then reaching 25C a couple of hours later at 1pm.

The early autumn sun continues after the UK recorded its highest temperature since the end of July, with the mercury reaching 30.7C at Gogerddan, in Dyfed, Wales, on Tuesday, the Met Office said.

It is the highest temperature since the 31.2 C recorded at the same location on July 22 this year.

Elsewhere, temperatures reached 30.4C at Northolt in west London, 30.3C at Pershore in Worcestershire and 30.2C at Heathrow, west London, and at Santon Downham in Suffolk.

Enter your postcode for the weather forecast for your area

The Met Office said that the recordings meant it was only the seventh time temperatures have exceeded 30C in September in the last 50 years.

The warmest UK September day on record was on September 2 1906 when 35.6C was recorded at Bawtry, South Yorkshire.

The hot conditions have come after the official end of summer, from a meteorological point of view, which is considered to be August 31.