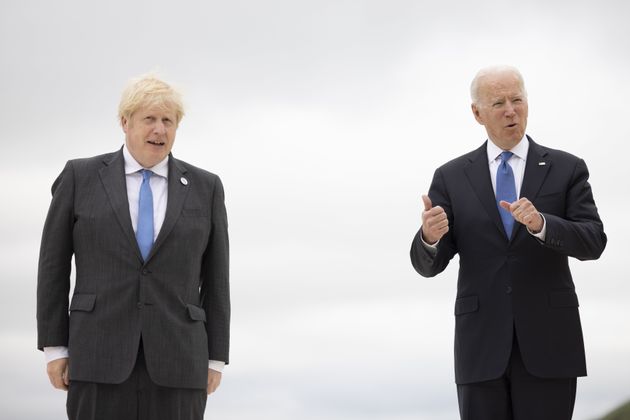 British hopes of Joe Biden extending the evacuation from Afghanistan are fading amid fears that any delay could spark a retaliation from the Taliban.

Ahead of an emergency gathering of world leaders hosted by Boris Johnson, UK government sources played down the chances of the American president extending his withdrawal deadline beyond August 31.

Johnson will instead urge fellow members of the G7 group of rich nations to provide more aid cash to help Afghans.

When the PM and Biden spoke on the phone on Monday night, they talked about getting more refugees out of Afghanistan even after “the initial phase of the evacuation”, seen as a reference to plans to use neighbouring countries as an exit route once the Kabul airlift ends.

As Labour warned that the virtual summit of the G7 leaders was a “make or break” test of Johnson’s ability to show global leadership, the UK was set to call on other countries to match its pledges on aid and refugees.

The videolinked G7 summit hosted by the PM – which will also see the general secretaries of the UN and NATO take part – will discuss increases in aid to support people in Afghanistan and in neighbouring countries.

The UK has doubled the amount of humanitarian aid to the region, committing up to £286 million with immediate effect, and Johnson will urge the leaders of the US, Italy, France, Germany, Japan and Canada to follow suit.

But critics point out that the increase followed the Tory government’s aid cuts plans, which had slashed support to Afghanistan from £292 In 2019 to £155 million in 2021.

Several senior figures in the UK government had hoped to persuade the White House to extend its August 31 deadline to allow a few more days for the evacuation of Western citizens and Afghan nationals.

Foreign office minister James Cleverly told Radio 4 on Sunday “the more time that we’ve got, the more people we can evacuate and that’s what we’re pushing for”.

Yet although Biden has indicated there could be some flexibility, ministers are now resigned to the US not budging its timeframes.

The Taliban also warned on Monday that they would see any extension of the August 31 date as a provocative act.

Ahead of the meeting, Johnson said: “Our first priority is to complete the evacuation of our citizens and those Afghans who have assisted our efforts over the last 20 years – but as we look ahead to the next phase, it’s vital we come together as an international community and agree a joint approach for the longer term.

“That’s why I’ve called an emergency meeting of the G7 – to coordinate our response to the immediate crisis, to reaffirm our commitment to the Afghan people, and to ask our international partners to match the UK’s commitments to support those in need.

“Together with our partners and allies, we will continue to use every humanitarian and diplomatic lever to safeguard human rights and protect the gains made over the last two decades. The Taliban will be judged by their deeds and not their words.”

In a phone call on Monday night, Johnson and Biden discussed the importance of “close coordination with allies and partners in managing the current situation”.

A No.10 spokesperson said: “The leaders agreed to continue working together to ensure those who are eligible to leave are able to, including after the initial phase of the evacuation has ended.” 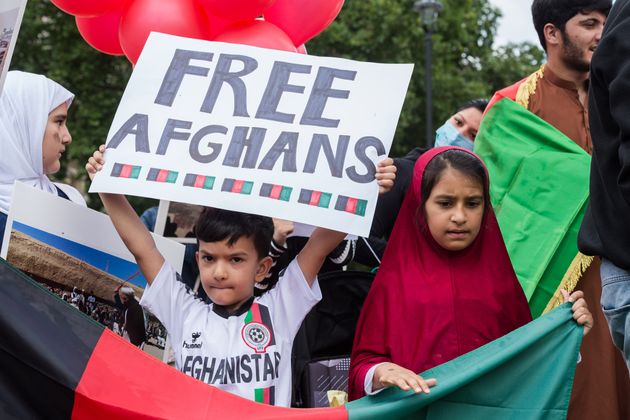 Leaders at the G7 summit are expected to reiterate their commitment to safeguarding the gains made in Afghanistan over the last 20 years – in particular on girls’ education and the rights of women and minorities.

Former prime minister Gordon Brown said educational aid to Afghanistan should be withdrawn if the rights of girls are not upheld in the country.

But it is unclear whether there will be any sanctions applied to the Taliban if they fail to honour promises not to undermine human rights.

The PM chaired a meeting of the emergency COBR committee on Monday afternoon, where ministers discussed the latest situation on the ground.

As of Monday morning, the UK had secured the evacuation of almost 6,000 people out of Kabul since it began last week, which includes British Nationals and their dependents, embassy staff, and Afghan nationals under the Afghan Relocation and Assistance Policy (ARAP) programme.

The UK has pledged to resettle upto 20,000 vulnerable Afghans.

Shadow foreign secretary Lisa Nandy said: “This virtual G7 meeting is a make or break test of the Prime Minister’s ability to bring together international partners, rise to the occasion and show leadership.”

She said the UK should extend the air bridge out of Kabul beyond 31st August, work with neighbouring countries to keep land borders open and set a strategy for supporting those who will be left behind.

“The Prime Minister has had eighteen months to plan for this – the world’s eyes are on tomorrow’s meeting to make the next seven days count,” Nandy added.

“The G7 must agree a joint strategy to safeguard our collective security and guarantee Afghanistan does not become a safe haven for terrorist organisations that pose a threat to the UK.”