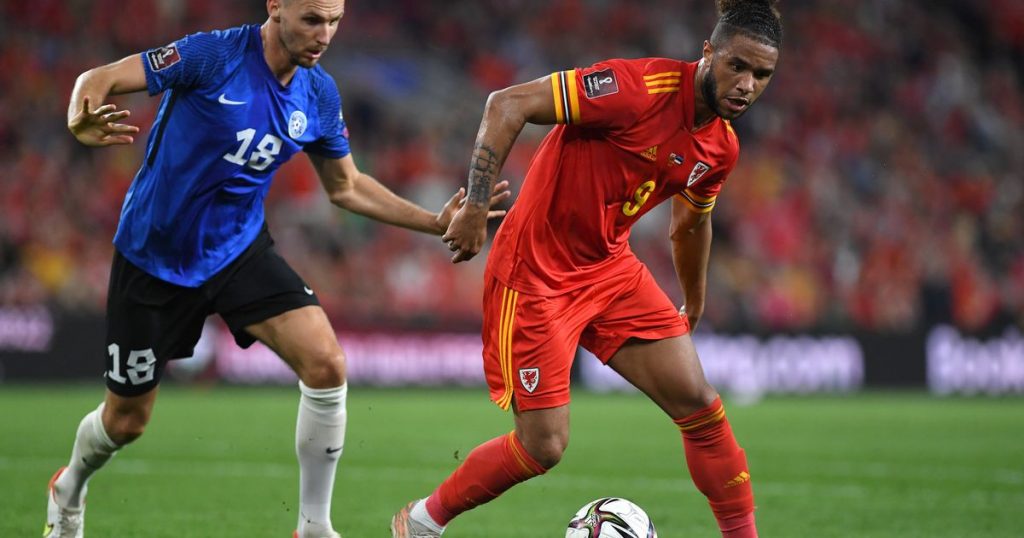 Robert Earnshaw was extremely critical of Leeds United winger Tyler Roberts after he missed one of a number of clear-cut chances in Wales’ goalless draw with Estonia.

It was a night to forget for Rob Page’s side as they were unable to score against the side ranked 91 places below them in the FIFA rankings. They created more than enough chances to win the game but ultimately could not find the back of the net in Cardiff.

One of those opportunities fell to Roberts after Joe Morrell slid a perfectly weighted pass through to the Leeds man who found himself in on goal. Despite having the option to square it to Jonny Williams alongside him, the 22-year-old chose to go alone but saw his effort saved by Estonia goalkeeper Karl Hein.

Speaking on ITV, Earnshaw was not happy to see such a good chance squandered.

“He didn’t do anything with the shot,” he claimed. “The shot should be bending away from the goalkeeper, into the corner and coming back in.

“But he doesn’t do anything. He almost hits it straight. It’s easy for the goalkeeper because he doesn’t have to move. He didn’t do any of that. Loads of chances and loads of chances created. But none of them hit the back of the net.”

It certainly isn’t the first time Roberts has been criticised for his lack of end product and it is the main aspect of his game that has kept him from getting regular involvement at Leeds.

In 86 appearances in all competitions for the Whites, he has scored just eight goals and registered nine assists. For a player so desperate to play in an advanced role, that return is simply not good enough and it will be something he is eager to improve when called upon by Marcelo Bielsa.