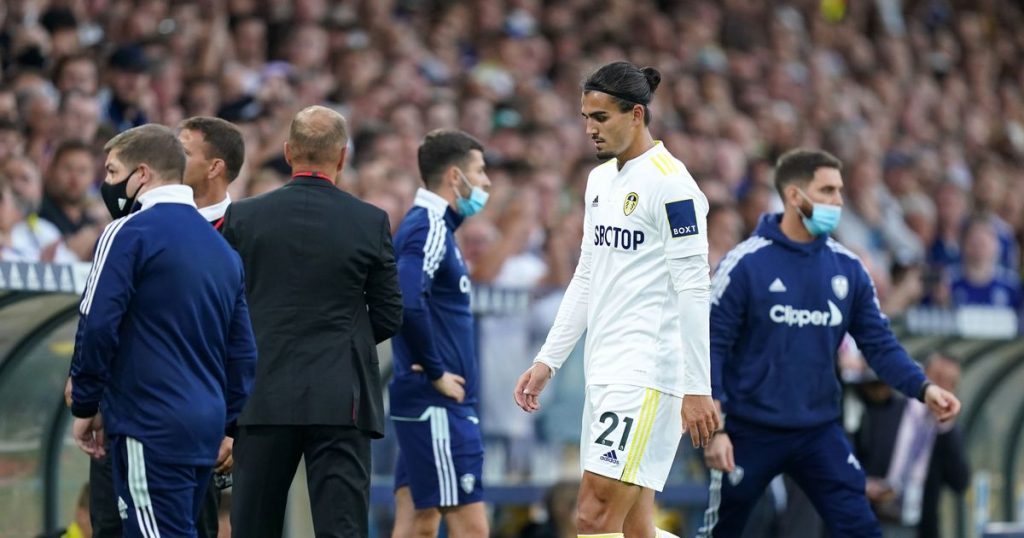 Liverpool midfielder Harvey Elliott has defended Leeds United centre-back Pascal Struijk, insisting he shouldn’t have been sent off for the challenge that left him with a serious ankle injury.

The Dutchman was shown a red card after Elliott was left hospitalised after sustaining a heavy blow to his ankle.

The Liverpool teenager will undergo surgery on the issue this week in what is likely to be a lengthy lay-off for the exciting attacker.

In the aftermath of the injury, the validity of Struijk’s red card has been widely debated in the media and amongst fans, with referee Craig Pawson initially allowing play to continue before realising the seriousness of Elliott’s injury.

After consulting with VAR official Darren England, the Leeds defender was then sent off for the challenge, in a similar nature to Heung Min Son after he accidentally caused a similar injury to Andre Gomes in March 2020.

Son’s red card was then rescinded on appeal and Leeds will feel they have equal grounds to see the decision overturned.

Equally, Elliott has now spoken about the challenge for the first time, insisting that Struijk was an innocent party that didn’t deserve to be sent off.

“Neither was it a red card, just a freak accident but these things happen in football. I’ll be back stronger, 100%. Thanks for all the support.”

Struijk issued an apology to Elliott on Sunday evening after being left visibly distressed by the unfortunate injury.

“In today’s game, something happened that I would never wish on anyone,” Struijk wrote on his Instagram story.

“@HarveyElliott07, my thoughts are with you. I’m gutted and never meant for this to happen.

“I wish you a speedy recovery and hope to see you back on the pitch soon.”