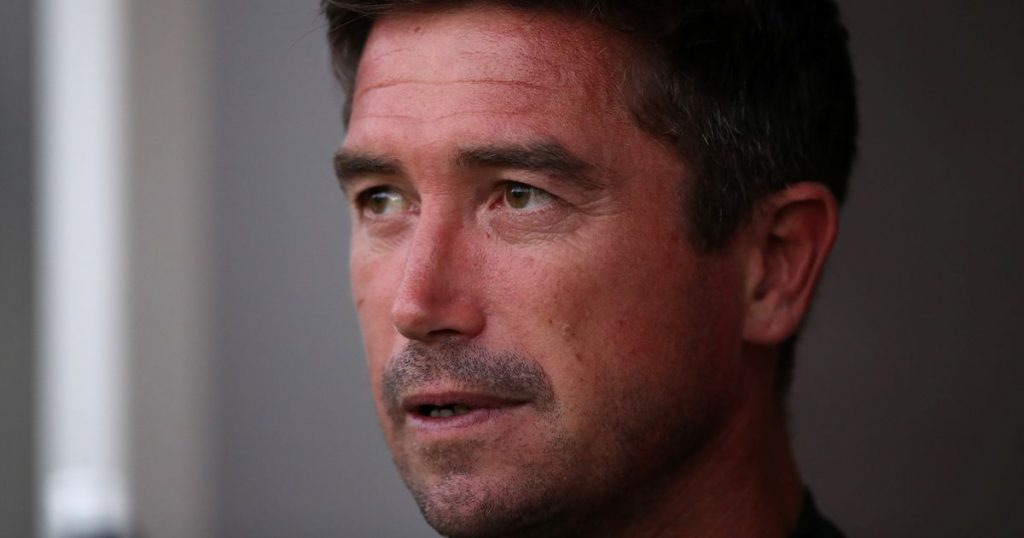 Former Leeds player and now Barnet manager Harry Kewell was sent to the stands this afternoon during his team’s 4-3 defeat to Grimsby.

The former Leeds favourite, who was much criticised for the way he left the club and his behaviour since, was given a red card by the referee during the National League fixture after one of his players was sent off.

Kewell was the PFA Young Player of the Year for Leeds in 2000, came up through the youth team and became an international star while at the club, but he left for Liverpool in 2003 during the financial implosion at Elland Road.

Since retiring as a player he has managed Crawley Town, Notts County and Oldham Athletic, before being appointed head coach at Barnet in June this year.

In his first match in charge at Barnet the team lost 5-0 at home to Notts County, immediately putting Kewell under pressure. In his second match, Barnet drew 1-1 with Solihull Moors. Then they lost 2-0 at home to Dagenham & Redbridge.

In today’s match against Grimsby Town at Blundell Park, Barnet went 3-1 up, but a handball resulted in a red card for Barnet’s Josh Doherty. Grimsby scored the penalty and Harry Kewell was given a red card for his reaction.

Barnet still led the match 3-2, but were a player down and a manager down. With 15 minutes to go, Grimsby’s Ryan Taylor scored the equaliser with a diving header, before Grimsby’s Andy Hunt scored the winner in added time.

Some Leeds fans reacted to Kewell’s sending off on social media, with one saying, “Shocking. Not the red card, the fact he’s somehow still getting work.”

Another simply said, “Things you love to see.”

The result leaves Barnet sitting in the relegation zone.