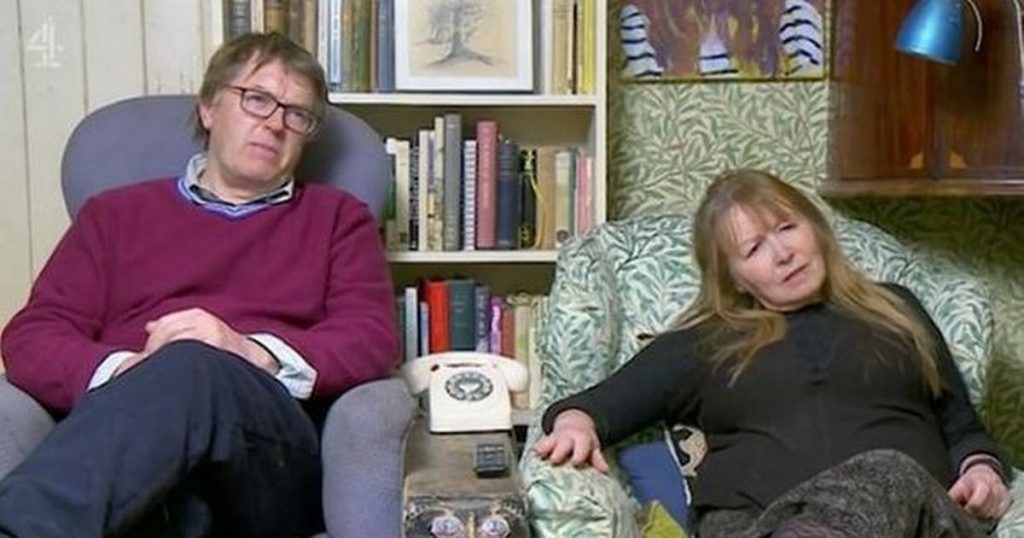 Gogglebox pair Giles and Mary floored fans ahead of the latest series with a retro photo of themselves from their youth.

The husband and wife couple have been firm fan faves since they first appeared on the hit Channel 4 show back for series five all the way back in 2015.

Sharing their excitement about the new series, which set to broadcast on Friday, September 17 at 9pm on Channel 4, they posted the throwback photo on Instagram, reports BirminghamLive.

Mary and Giles sit side by side holding hands in the photo taken outdoors.

Mary has a long fringe in the photo, and rests her hand lovingly on Giles’ leg.

They captioned the photo: “Nearly time for the return of #Gogglebox” but did not reveal when it was taken.

Fans were quick to comment on how young the pair looked.

One wrote: “Look how young they look. I wonder what Giles had just said ~ maybe he whistled.”

“Omg Mary was gorgeous Giles is punching,” a third added.

A fourth agreed Mary was a stunner. writing: “Gorgeous photo, Mary looks so beautiful with her lovely long hair and she’s still so beautiful now.”

A fifth complimented Giles, saying: “Giles you look so young, it’s great picture of both of you and we can’t wait to see you both, you two are my wife’s favourites and mine of course.”

And a sixth added: “Cool cats.”

Viewers were also super excited at the mention of the new series being just a couple of weeks away.

“Oh, thank goodness!!!!!! I’ve been waiting (with diminishing patience) for this all Summer! YES….,” one wrote.

A second said: “Missed you guys.”

The new series of Gogglebox returns on Friday, September 17 at 9pm on Channel 4.