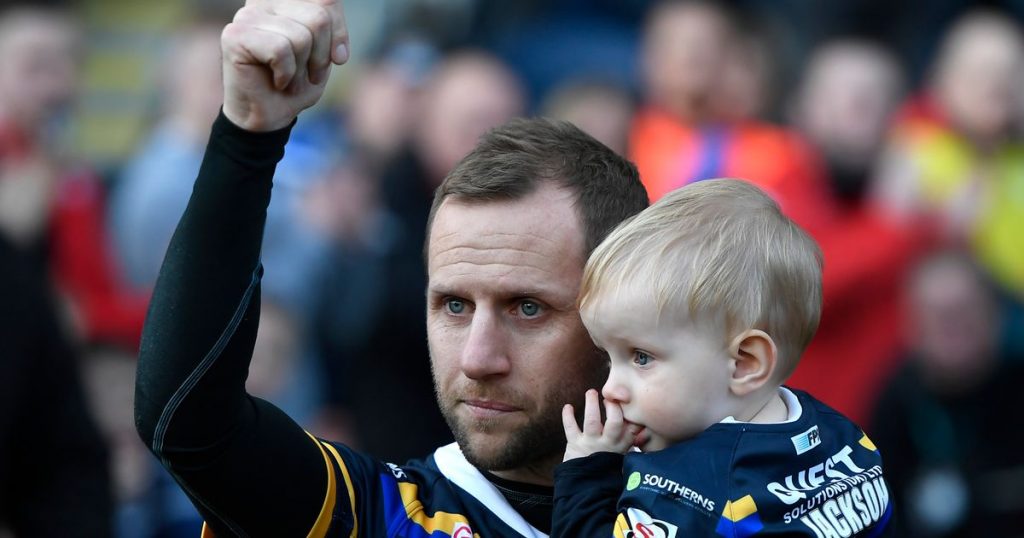 Rob Burrow’s emotional return to Emerald Headingley on Thursday will mark a “significant day in the history of Leeds Rhinos”, chief executive Gary Hetherington has declared.

The Rhinos take on Huddersfield Giants in their bid to make the play-offs and Hall of Famer Burrow will be in attendance to watch the game as guest of honour.

It will be the first time the former Leeds and Great Britain scrum-half has been back to Headingley since his joint fundraising game with Jamie Jones-Buchanan back in January 2020, when a team of Leeds legends saw off Bradford Bulls.

Thursday’s game will help launch of Burrow’s autobiography ‘Too Many Reasons to Live’, which contains tales from his remarkable playing career and documents his battle with motor neurone disease over the last couple of years.

Burrow was diagnosed with MND in December 2019, just two years after winning the Super League Grand Final in his final match as a player.

The 38-year-old has since helped raise awareness and funds for the charities associated with the disease and in 2020 he was awarded an MBE for his services to rugby league and the MND community.

After inviting him down to their crucial game with Huddersfield on Thursday night, the Rhinos plan to honour his career and achievements.

Hetherington told Rugby League Live: “It will make for an emotional return for Rob on Thursday, obviously, but it’s fantastic that he is able to come and be part of the crowd.

“It’s a great opportunity for all the supporters to show their appreciation and their respect for what Rob has done for the club and also what he continues to do to raise awareness of MND, despite the incredible adversity he is facing.

“I think the launch of his book will be a memorable moment as well, so overall Rob’s appearance at Thursday’s game will mark quite a significant day in the history of the Leeds Rhinos, of Emerald Headingley and in the life of Rob Burrow.

“We plan to make the most of it, so it will be a special day for all those present.”

The club will showcase the best of Burrow’s 16-year professional career, in which he made 493 appearances for Leeds, scored 198 tries and won the Grand Final on eight occasions, while sections of his book will also be read out.

The hardback version of the book will officially hit the shelves on Thursday.

Hetherington says he cannot single out one particular player above any other for their contribution to the Rhinos’ incredible dynasty of success during the past two decades.

But he stated: “Rob Burrow is obviously up there with the likes of Jamie Peacock, Kevin Sinfield and Danny McGuire.

“Someone like a Jamie Jones-Buchanan had enormous influence as well.

“It would be a tough one if I had to pick one player out, but whenever the big finals came around these guys were always there to produce the big performances and match-winning moments.

“My favourite highlight of Rob’s Leeds Rhinos career was his brilliant try in the 2011 Super League Grand Final victory over St Helens.

“That remains iconic and for me it was the best-ever try in any cup final of the modern era.

“It was sheer individual brilliance and a game-changer too.

“It will stand the test of time, so Rob’s place in the history books of Leeds Rhinos will be assured forever.

“Thursday will be a great opportunity to honour his incredible achievements and for the club and the fans to show their support for a true Leeds Rhinos legend.”