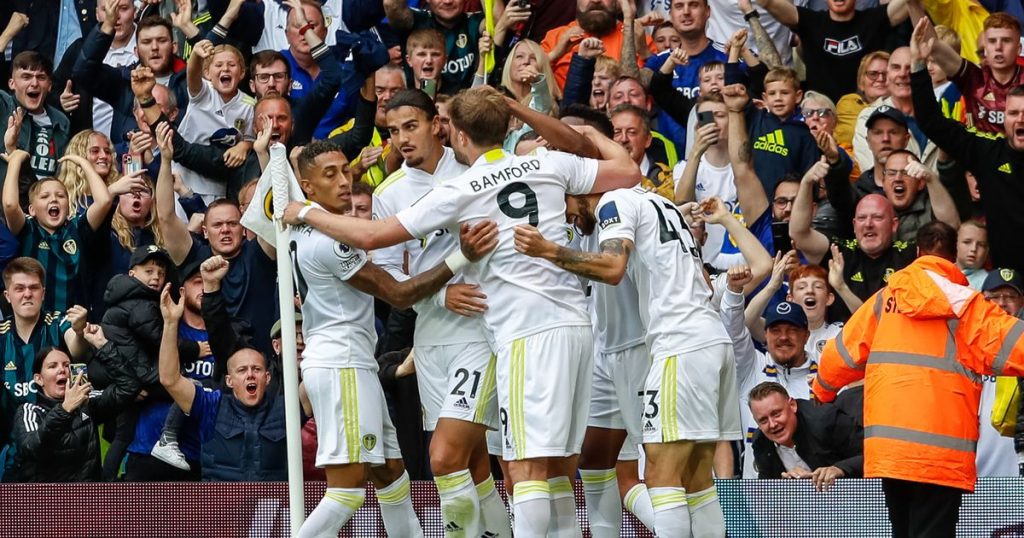 Leeds United are back in action this afternoon as they travel to Turf Moor to face Burnley.

The Whites are still looking for their first league victory of the season after they were defeated 5-1 by Manchester United on the opening day and were then held to a 2-2 draw by Everton last weekend.

Leeds, though, will be in a confident mood after their 3-0 victory over Crewe Alexandra in the Carabao Cup on Tuesday, with Kalvin Phillips and Jack Harrison (2) on the scoresheet.

Marcelo Bielsa’s only absentee is expected to be German centre-back Robin Koch, who has missed the last two matches in all competitions due to a pubis problem.

This means that Spanish international Diego Llorente is fit again after he played the opening 45 minutes without any problems against Crewe and is therefore expected to replace Charlie Cresswell from last weekend’s matchday squad.

Bielsa revealed in Friday’s press conference that Llorente is able to play 90 minutes, but it remains to be seen whether he can dislodge Liam Cooper or Pascal Struijk, who have started both of Leeds’ opening Premier League matches.

Adam Forshaw also took a big step forward in his road to full fitness on Tuesday as he started his first match in almost two years, playing the opening hour before being replaced by Mateusz Klich, who opened his account for the season last weekend.

From the under-23s group, Cody Drameh and Crysencio Summerville are expected to retain their places on the Leeds substitute’s bench, while Charlie Cresswell and Joe Gelhardt only played 45 minutes against Derby on Friday evening to hint at potential involvement.