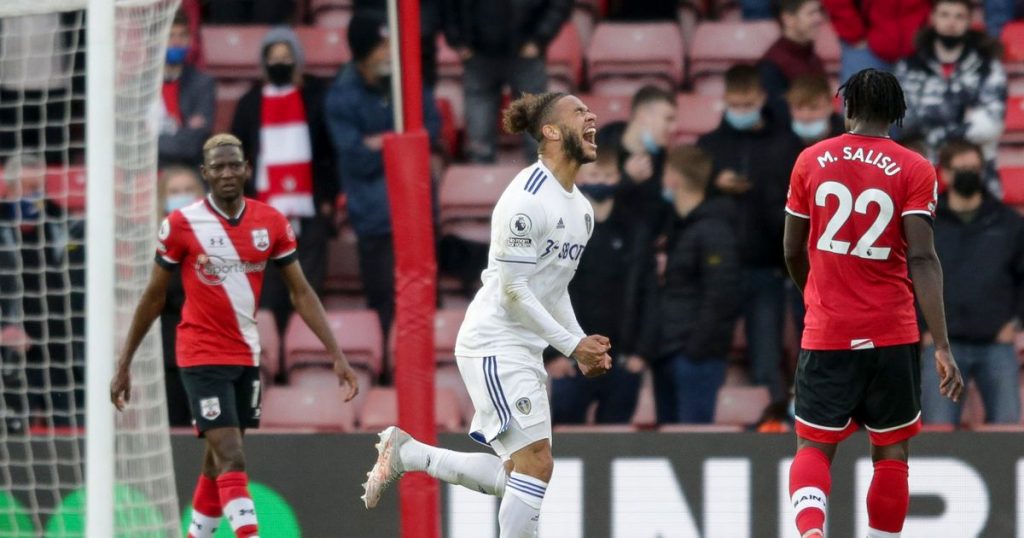 A report from Football Insider earlier this week revealed that Leeds United’s wage bill for the upcoming season would surpass £100m as a result of handing out big contracts since their return to the Premier League last summer.

Rodrigo, Patrick Bamford and Raphinha have all signed contracts at Elland Road over the previous twelve months also, adding to the recent addition of long-time target Daniel James, and it’s expected to increase the wage bill by £46m from the £78m that was reported by the July 2020 accounts.

As a result, Leeds may be forced to cash in on a handful of fringe players in January in order to generate funds for potential mid-season arrivals, and Leeds Live have decided to take a look at the fringe players who could make way in the exchange for a healthier January kitty.

Perhaps a surprise inclusion on the list, Tyler Roberts could find himself as one of the suffers from James’ recent move to Elland Road. Having played off Bamford in a second-striker role, Roberts has also been able to accumulate game time off the left-hand side of midfield.

However, given that James will certainly contend with Raphinha for the creative role off the left-hand side, Roberts’ game time could be limited to solely playing off Bamford, something club-record signing Rodrigo is able to do.

Having only started 14 Premier League games last season, Roberts found it hard to feature regularly for Marcelo Bielsa’s side and could find himself surplus to requirements in the coming months, which could lead to the Whites sanctioning his departure in order to raise funds.

The Welsh international currently has three years left on his deal, and after racking up a season of Premier League experience, he could subsequently racking up a tidy fee from those who are interested in securing his signature.

Similar to Roberts, Robin Koch’s name on this list could surprise plenty of fans. However, given that he struggled with injuries during his first season at Elland Road, missing a staggering 18 Premier League fixtures, he could be a suitable option for Leeds to offload if they are to raise funds.

Koch who is often hailed for his versatility, has shown promise during the early stages of his Whites career, however, he currently finds himself behind captain Liam Cooper and Diego Llorente in the centre-back pecking order.

Although he is able to operate as a holding midfielder, Kalvin Phillips, Stuart Dallas and Mateusz Klich currently occupy the midfield roles, meaning that Koch could struggle for game time over the coming season.

Having been selected by Joachim Loew for Germany’s Euro 2020 squad Koch will want to ensure that he is playing regularly enough to be able to keep his place in the squad.

Koch was signed for £13m from SC Freiburg last summer.

Adam Forshaw has become something of a forgotten man at Leeds United following a torrid 18 months battling injuries. However, the former Brentford midfielder made his comeback against Crewe last month, something that signalled the start of his challenge of breaking back into Bielsa’s best eleven.

With his contract expiring next June, Forshaw seems to have a short window to convince the club to renew his terms. However, offering the 29-year-old new terms could be a smart option for Leeds, especially if they have aspirations of raising funds.

Having featured 30 times during Bielsa’s first season with the Whites, Forshaw is clearly a player with great ability, something that was immediately recognised by the Argentine on his arrival.

With Leeds making massive strides since Forshaw’s injury woes started, he could struggle to cement a regular place back in Bielsa’s eleven this season, meaning he could be available to leave Elland Road. Something that would surely have plenty of Championship clubs on red-hot altert.