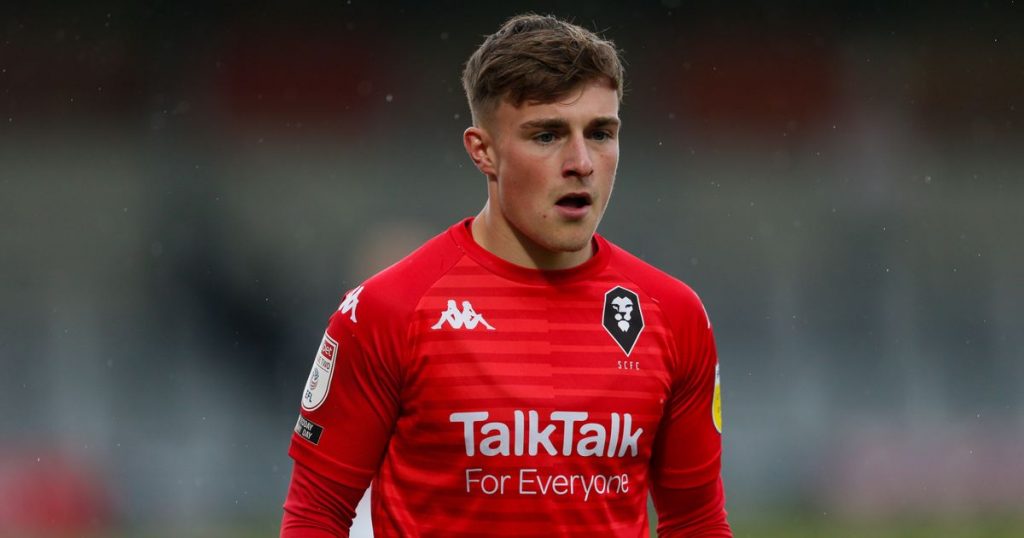 Robbie Gotts and Jordan Stevens could make their Barrow debuts on Saturday after joining the League Two side from Leeds United.

The pair were allowed to leave on permanent deals and both were recruited by the Bluebirds, who will be aiming to survive more comfortably in League Two this season after finishing 21st at the end of the 2020/21 campaign.

Barrow visit Oldham Athletic tomorrow and manager Mark Cooper has insisted the two new signings will be ‘straight into the reckoning’.

Cooper told The Mail: “We’ve had the same sort of group of players playing eight games in 23/24 days or so.

“At some point we need to give some a breather. They’ve (Gotts and Stevens) got to come straight into the reckoning.”

Both were highly-rated by Leeds and featured regularly for the club’s under-23 side, whilst also making regular appearances on the first-team bench.

Gotts was handed a debut in the FA Cup defeat to Arsenal back in January 2020, whilst Stevens was given a handful of substitute appearances in the Championship.

Barrow boss Cooper is relishing the prospect of having two players who have worked under Marcelo Bielsa in his squad, as fitness is unlikely to be an issue considering how rigorous the Argentine’s fitness regime is.

He said: ““I think it was important in the current situation that I could add players that were robust and could play games.

“You know that if you want a fit player, any club that you’re going to get them from – Leeds United’s the one.

“It was important that they were really fit, able to run and at the right age.”

Cooper, who was born in Yorkshire, has already worked with Stevens at Forest Green Rovers and is hoping he can help the 21-year-old fulfil his potential.

He said: “I know Jordan – I sold him to Leeds when I was the Forest Green manager and it looked at one point that he was going to carve a career out there.

“It hasn’t happened for one reason or another. He needs a fresh start and I think I can get the best out of him.

“Robbie Gotts was highly-rated at one point at Leeds, and he’s played well at League One, Championship, and in this league last year was very good at Salford.”

Gotts and Stevens were not the only young players who were once on the cusp of a breakthrough deemed surplus to requirements, as the Whites also sanctioned permanent exits for Bryce Hosannah, Olly Casey and Niall Huggins.