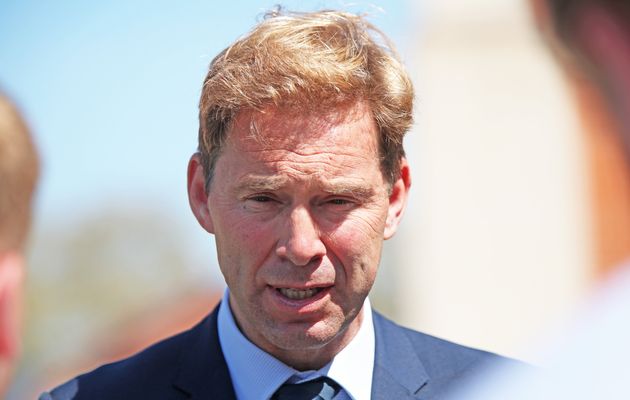 Tobias Ellwood accused the UK government of being ‘subservient to poor American decision-making’.

Afghanistan will “slide into civil war” following the transfer of power from western forces to the Taliban, former government minister Tobias Ellwood has warned.

Ellwood, a former soldier who chairs parliament’s defence select committee, said life under the Taliban would not be “conflict-free”, despite assurances from the insurgents that they would not seek reprisals against those who co-operated with the western allies during the 20-year war.

He gave a scathing assessment of the withdrawal operation from Afghanistan, accusing the UK of being “subservient to poor American decision-making” and “diminishing the west’s global authority” while emboldened hostile states such as China and Russia watched on.

The Taliban’s attack on Afghanistan was complete following its successful capture of capital city Kabul on Sunday, a development whose pace caught US and UK troops by surprise and prompted a scramble out of the city which resulted in chaotic and disturbing scenes at Kabul airport.

Both the US and the UK have begun missions to evacuate the last remaining diplomats and personnel that are stuck in the capital.

Ellwood, who has served in Northern Ireland, Cyprus, Germany and Bosnia, said Afghanistan was now a “failed state” that would erupt into civil war as anti-Taliban forces mobilised and sought support from other countries by proxy.

He said the UK should look to build a coalition of international allies but that that required a country to have the “determination, the vigour and the leadership skills to pull one together”.

“If America doesn’t do it, then Britain is the obvious candidate – but I’m not seeing any of the qualities required to step in and fill this vacuum,” he said.

“What really should haunt and humiliate the west and make our heads hang in shame is the fact that the Taliban now control more of Afghanistan than they did prior to 9/11.

“That’s a shocking indictment of the decision to withdraw troops at this stage.”

Ellwood is one of a number of Tory MPs who have been critical of the UK’s decision to follow America’s lead and withdraw from Afghanistan 20 years after the allies first intervened.

Tom Tugendhat, chair of the foreign affairs select committee, said the decision was the worst foreign policy disaster since the Suez crisis of 1956, when the UK’s attempt to take control of Egypt’s Suez canal ended in failure and precipitated its retreat as a global power.

Downing Street said it would “not be right to act unilaterally in this as an occupying force” following the departure of the US in Afghanistan.

The prime minister’s official spokesman said the UK’s attempt to form a coalition of international partners did not turn out to be feasible.

Efforts would now be focused on getting British nationals and Afghans who worked with British forces out of the country.

As well as the threat of civil war in Afghanistan, the UK had also created a “mountain of a refugee problem”, Ellwood said.

“We will now see a mighty migration movement from Afghanistan.

“Every country across Europe will now have 10 times the number of asylum seekers and of Afghans genuinely fearful for their lives – the men who helped support the coalition who are now being persecuted and executed because of their connections, and women who are being punished because they chose to go to work or to get an education.

“They know the dangers -–holding on for their dear lives knowing the dangers of what they face when they try to escape the country on the outside of a plane.

“It’s a sense of betrayal that they will feel, but also how fearful they are of what lies ahead under Taliban rule.”