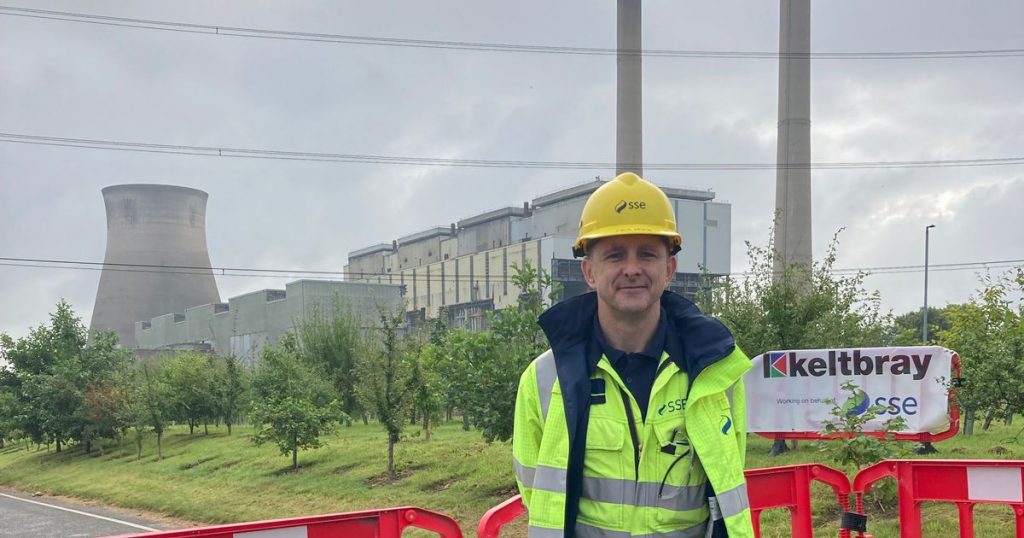 A Ferrybridge Power Station worker who has worked at the site since he left school has said seeing parts of the site get demolished was the “hardest day” of his 30-year career.

For Paul Hook, 47, of Pontefract, seeing the chimney shutters and boiler house destroyed at Ferrybridge C, near Leeds, in just seven seconds in a single blowdown on Sunday (August 22) came with a mix of emotions.

As a project manager for SSE, he appreciates that it’s a “key milestone” for the demolition project that needs to be done, but as someone who was “born and bred” just two miles from the site he also knows first-hand how it will impact the local community who have “only ever known” the power station to exist.

Speaking to Leeds Live, Paul said: “I’ve got mixed emotions, it’s a major milestone for the project this demolition phase.

“But obviously, I understand, being part of the community what kind of impact this is going to have. There are generations of families that have only known this power station to be here.

“Almost every local person has been affected by the power station – they’ve either worked here directly or they’ve known someone who has.

“You can see for yourself the size of the plant, it’s been on the horizon for over 60 years. People have only ever known it to be on the horizon and now we’re taking it away.

“It’s bittersweet, it’s a key milestone for the project, there’s been a lot of hard work that’s been put into this to get us to this point. But it’s a massive impact for me and the community.”

When asked if it was the hardest day in his career, he said: “I’d probably say it was.

“I’ve faced a lot of challenges working at the plant, operationally, and through this project there have been quite a few difficult times but today, you’re probably right, it’s probably been the hardest day I’ve faced so far.”

Paul has worked on the site ever since he left school, and the day of the demolition was almost 30 years to the day since he started.

“It’s almost 30 years to the day since I started here as an electrical apprentice,” he said.

“I’ve got so many fond memories of working here for 30 years when it was operational.

“It was like a huge family on site. It was huge process plant, lots of noise lots of vibration and quite a physical plant to work on.

“But there was so many amazing people that I’ve worked with over the years and so many relationships built. And friendships made from a shared experience.”

Even though he has conflicted feelings about the demolition, Paul knows it’s something that needs to happen.

“It’s a sign of the times unfortunately, this area is known for quite heavy industry, the power station and coal mining,” he said.

“Losing coal mining, losing the power station like this, unfortunately it is a sign of the times for this area.”

Paul added: “The power station itself sits on the A1 and the A62 and you can see it for miles whether you come from Manchester or the East Coast.

“Lots of people round here know it’s a beacon for home. But now there’s going to be a lot of people coming back from their summer holidays not knowing where to go.”