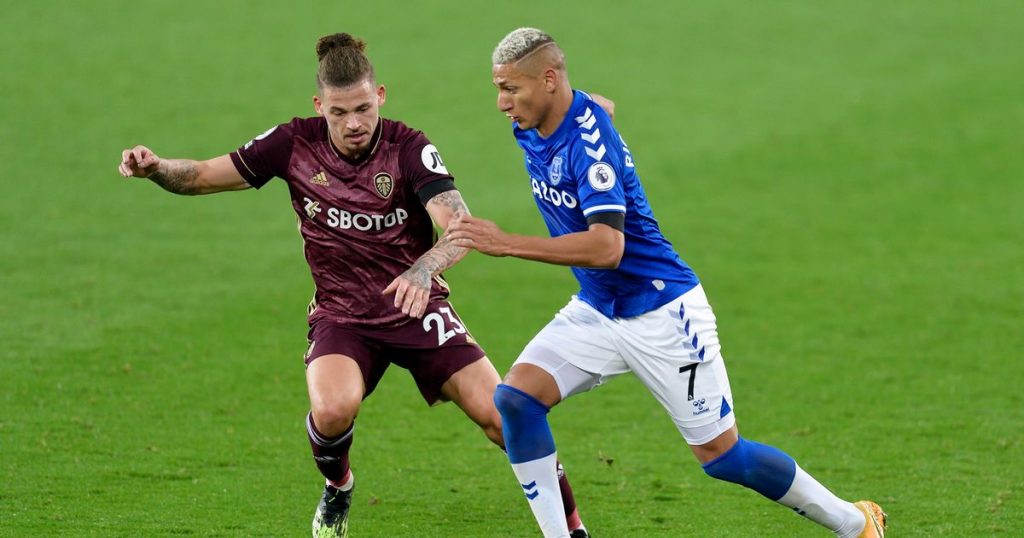 After the Tokyo 2020 Olympic Games were delayed by a year thanks to the global Covid-19 pandemic, the men’s football tournament is set to kick off on July 22, 2021, with several Premier League stars are set to feature.

The 16 teams have each selected 22-man squads for the event, which will begin with Mexico versus France on July 22nd and close with the gold medal match at the International Stadium Yokohama on August 7th.

This means it will conclude just six days before the Premier League season commences and seven before Leeds begin their Premier League campaign against bitter rivals Manchester United at Old Trafford on Saturday August 14 .

Understandably, some coaches are not keen on their players being involved and some have vetoed call-ups – which happened with Liverpool’s Mohamed Salah and Egypt. The Merseyside club reportedly cited concerns over Salah’s long-term fitness, highlighting his likely participation at the delayed African Cup of Nations in January as a reason for burnout concerns.

Here, we look at all the Premier League players taking part in the tournament, and how it could affect and benefit Marcelo Bielsa’s side.

The 20-year-old Arsenal forward will compete at the Olympics this summer for Brazil at the tournament and will be eager to play his part in a difficult group containing Germany, Ivory Coast and Saudi Arabia.

With the Whites not facing Mikel Arteta’s side till December 18th at Elland Road in the Premier League, it is unlikely Martinelli’s participation will have any direct effect on his participation in the game.

However, is the highly-rated forward were to sustain any form of serious injury at the tournament, it could dent Arsenal’s hopes of improving on their eighth-place finish last term, which saw them end up just one place and two points ahead of Leeds.

Given his injury turmoil last season, suffering a any setback this summer could prove to be a real test of Martinelli’s character and resolve.

Gunners defender Gabriel Magalhaes was also due to represent Brazil at the tournament, but injury forced him out of the squad.

Aston Villa midfielder Douglas Luiz will also represent Brazil at the Olympics this summer after becoming a key player for the Villans in the Premier League in recent seasons, making 33 league appearances in 2020-21, chipping in with two assists.

Intriguingly, he was also part of Brazil’s Copa America squad this summer and played in two games at the tournament, so will have a lot of air miles clocked up by the time he returns to Villa Park for the start of the upcoming Premier League campaign.

With the Whites not facing Dean Smith’s side till December 28th at Elland Road, it’s unlikely Luiz’s participation will have any direct effect on his participation in the game. Again, Villa will have ambitions of finishing ahead of Leeds in the table and will be hoping that Luiz’s international commitments kdo not impact his season.

The 29-year-old Burnley and New Zealand striker has been a key player for the Clarets for several seasons and Sean Dyche will be desperately hoping that the target man comes back from Tokyo unscathed.

The former Leeds frontman is one of New Zealand’s three over-age players and they will feel they have a strong chance of progressing from their group, which also contains Romania, South Korea and Honduras.

With the Whites facing Dyche’s side at Turf Moor on August 28th, Leeds will be hoping their former forward will still be working his way to top fitness and form as Bielsa’s side look to hit the upcoming campaign running.

Argentina have included Brighton midfielder Alexis MacAllister in their Olympics squad, with MacAllister he is expected to be a prominent figure as they look for their third set of gold medals.

Currently on the fringes of Graham Potter’s first-choice XI, MacAllister made 27 appearances in all competitions last season, scoring three goals, and will be looking to cement his place in the team in 2021-22.

Joining MacAllister as one of Brighton’s representatives in Japan is Tudor Baluta after he was named in the Romania squad.

The defensive has spent time on loan at Dynamo Kiev and ADO Den Haag, but his playing time with Brighton has been limited, so he will be desperate to use the Olympics as a platform to showcase his ability and prove to Potter he is deserving of more game time at The Amex stadium ahead of the forthcoming Premier League Season.

Although Australia centre-back Jay Rich-Baghuelou may not be a key first-team player for newly appointed boss Patrick Viera at Crystal Palace yet, but there are high hopes for him at Selhurst Park.

With Marcelo Bielsa’s side not facing the Eagles till November 30th at Elland Road, it is unlikely Rich Baghueous’s potential participation, barring any injuries sustained this summer or a loan move away, could have any direct effect on his participation in the game.

After featuring seven times for Brazil at the Copa, including the final loss against Argentina, Everton forward Richarlison forward looks set to play a part at the Olympics, expected to add more minutes to his legs in Tokyo as a key player for his country.

Richarlison has been a key player for the Toffees since joining from Watford in the summer of 2018 and newly appointed boss Rafa Benitez will be desperately hoping the winger can return from Tokyo unscathed.

Following a trip to bitter rivals Manchester United to kick off their 2021/22 Premier League campaign, Leeds will take on Everton in front of what could be a full house Elland Road on Saturday 21st August. After non-stop football for the Brazillian this summer, starring at Copa America and the Olympics, Benitez is likely to ease the winger back into the fold and is unlikely to start at Elland Road.

Due to the forward’s goal threat, tenacity and movement, Richarlison’s likely omission from the starting XI will be a huge plus to Marcelo Bielsa’s side as they look to make a strong start to the season.

Manchester United players Eric Bailly and Amad Diallo will play for Ivory Coast at the Olympics this summer, with both expected to be key players for the side.

With Leeds beginning their Premier League campaign against their bitter rivals at Old Trafford on Saturday August 14, just seven days after the final, it is highly unlikely either will feature against the Whites in what will be a major boost to Bielsa’s side.

Southampton’s England-born midfielder Caleb Watts will be a part of the Australia squad for the 2020 Olympics.

Watts made his Premier League bow in 2020-21, coming on as a substitute in the 3-1 defeat to Arsenal at St Mary’s. Towards the end of the season, the midfielder was also thrown on in games against Everton and Manchester City, so will be eager to build on that this term.

With Marcelo Bielsa’s side not facing Ralph Hassenhuttl’s side till October 16th at St.Mary’s stadium, it is unlikely Watt’s potential participation in the Olympics, barring any injuries sustained this summer or a loan move away, could have any direct effect on his participation in the game or Leeds’ preparations prior to the match.

Veteran defender Winston Reid helped Brentford in their promotion to the Premier League last season and will be a key player in New Zealand’s Olympics campaign.

In recent years, the 33-year-old has lost his place in the heart of the Hammers defence, with David Moyes favouring the likes of Craig Dawson, Angelo Ogbonna, Issa Diop and Fabian Balbuena.

Given the fact the Whites facing the Hammers at the London Stadium on September 25th, and the fact he is no longer in the first-team picture under Moyes, Reid’s participation at the Olympics is extremely unlikely to have any impact on the outcome of the result.