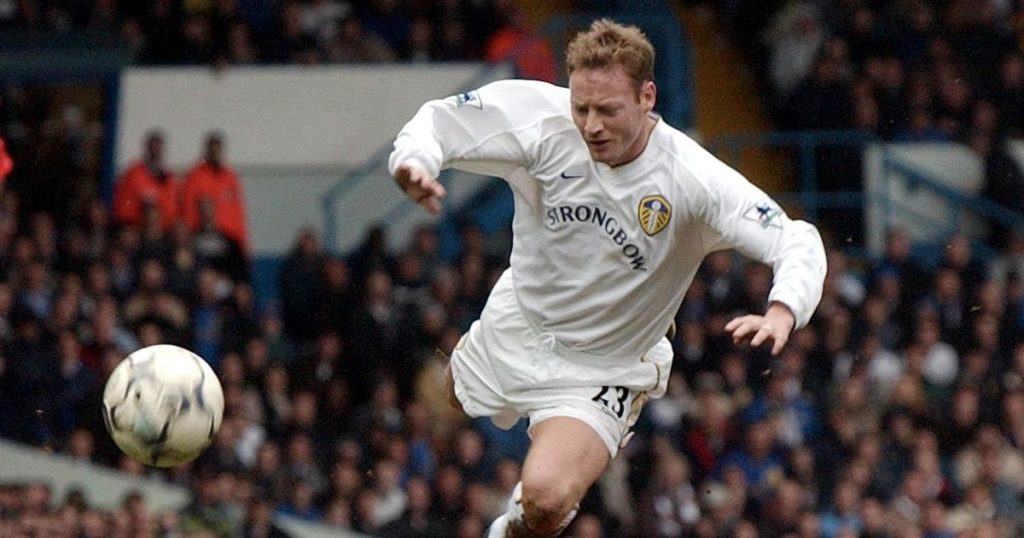 A number of players have played for both Newcastle United and Leeds United over the last few decades.

There have been legends, academy graduates and truly forgettable players who have represented the two Northern clubs with mixed degrees of success.

Since the beginning of the Premier League era, there have been 15 players who have pulled on the white of Leeds as well as the stripes of Newcastle.

Ahead of the clash between the two sides at St James’ Park on Friday evening, we have taken a look at those who have had a foot in both camps.

While Scott Sellars played the majority of his football at Elland Road before 1992, he did return that year for the first Premier League campaign, or the Premiership as it was known.

He played just seven times in his second spell as the Whites avoided relegation by two points during that season before moving to Newcastle in March where he became something of a cult hero.

Another player who spent two separate periods in West Yorkshire was England international David Batty who made over 300 appearances for his boyhood club, winning the First Division in the process in 1992.

After coming through the academy, he went on to become a legend at Leeds as his two spells came either side of moves to both Newcastle and Blackburn. He was part of the latter’s Premier League-winning squad during the 1994/95 campaign.

Incidentally, his final game was for Leeds against the Magpies where an injury he sustained in the match signalled the end of his career.

The late, great Gary Speed is one of very few players to be viewed as a legend for two different clubs.

With over 200 appearances for both Leeds and Newcastle, the former Wales manager is remembered extremely fondly at Elland Road and St James’ Park.

He too was part of Howard Wilkinson’s First Division-winning squad and earned a place in the first PFA Premier League Team of the Year despite his side’s struggles during that campaign.

Liverpool legend Ian Rush joined Leeds at the beginning of the 1996/97 season and the long-term plan was for him to become the manager but it didn’t go to plan after George Graham’s appointment.

After scoring just three goals, he moved to Newcastle to join up with Sir Kenny Dalglish but his struggles continued and he was only able to manage two goals for the club.

Lee Bowyer joined Leeds in the same summer as Rush but enjoyed plenty more success during his time at Elland Road as he made over 250 appearances for the Whites before his off-the-field problems affected his relationship with the club.

His subsequent move to West Ham failed and six months later, he joined the Magpies on a free transfer. Bowyer played 98 times in all competitions but often found himself in the spotlight for the wrong reasons, most notably for his on-field brawl with teammate Kieron Dyer in April 2005.

The story of Alan Smith’s time with his boyhood club is a well-documented one after his departure from Leeds to rivals Manchester United saw a once-perfect relationship turn sour overnight.

The financial issues facing the club ultimately led to him being sold to the Red Devils where injuries largely hampered his time there. After three years in the North West, he moved to Newcastle for a fee believed to be £6m and played 94 times before being released in June 2012.

Like Smith, Jonathan Woodgate was one of the most highly-regarded products of the Leeds academy and his career mirrored that of his teammate in many ways.

Injuries somewhat affected his progress before he was part of the fire sale at Elland Road between 2003 and 2004 when he made the move to St James’ Park.

A season later, he was signed by Real Madrid in the midst of their Galactico era but a delayed, infamous debut in Spain a year after his arrival in the capital was a sign of things to come.

Yet another promising player for the Whites who was ultimately the victim of recurring injuries was Sunderland academy graduate Michael Bridges.

He scored 19 top-flight goals for the club across five years before spending half the 2003/04 campaign on loan at Newcastle where he was unable to find the back of the net in six games.

In one of the most successful periods in Leeds history, Mark Viduka was one of the real heroes at Elland Road. Unfortunately, he was another of the casualties at the club as a result of the crippling financial problems.

After another three productive seasons at Middlesbrough, he made the short switch to the Toon but injuries were once again an issue and after his release in 2007, he retired from club football.

Like Smith and Woodgate before him, Milner’s Leeds career followed a similar pattern, minus the injuries.

He graduated from the academy in 2002 and despite him wanting to stay with the club he supported, the 61-time England international was sold to Newcastle for £5m.

He enjoyed a successful four years on Tyneside but submitted a transfer request in 2008 before making a £12m move to Aston Villa.

After 833 professional appearances, Milner is still plying his trade in the Premier League for Liverpool and rumours continue to rumble on about an eventual return to Leeds.

Alan Thompson came through the academy at Newcastle but only made 16 league appearances for his hometown club before agreeing a move to Bolton.

In the search for first-team football towards the end of his career, he joined a struggling Whites side in 2007 and upon the expiry of his contract at the end of the 2007/08 campaign, he retired.

Another player who grew up supporting and playing for the Magpies was Robbie Elliott who made 171 appearances for the club in two spells either side of the four years he spent at Bolton.

Similarly to Thompson, he opted for a late move to Leeds but after just six months at Elland Road, he was released and moved to Hartlepool in, what turned out to be, the last season of his playing career.

Like the two aforementioned players, Paul Huntington was also a product of the academy at Newcastle and his move to Leeds also came in 2007 at a time when there were real problems from the top to the bottom of the club.

After two good seasons under Gary McAllister, a couple of operations unfortunately halted his progress and he moved to Stockport County.

Huntington was able to get his career back on track though and has been at Preston North End for almost 10 years where he has played 305 times in all competitions.

Originally part of the youth set up at Leeds in the early 90s, it wasn’t until 2011 when Andy O’Brien played his first senior match for the club as he joined for a season towards the back end of his career.

The Republic of Ireland international, who eventually came through the Bradford academy, spent four years at Newcastle between 2001 and 2005 where he played well in excess of 100 games.

The most recent player to represent both clubs is Dutch midfielder Vurnon Anita who was known more for his five seasons at St James’ Park.

When his contract expired in the North East in 2017, he moved to Leeds on a three-year deal but was only there for two as his deal was mutually terminated in the summer of 2019.