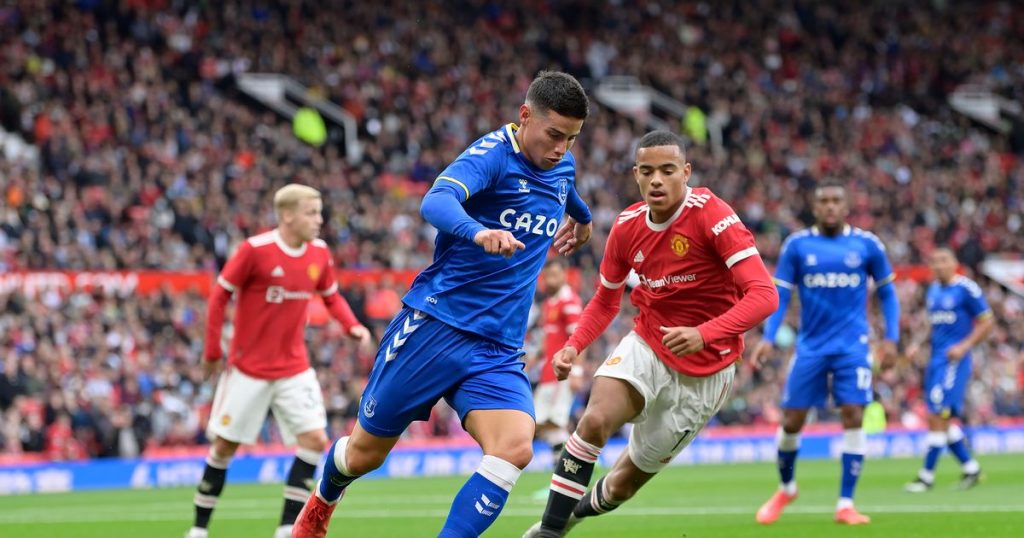 Everton are set to be without former World Cup Golden Boot winner James Rodriguez for their trip to Elland Road to face Leeds United this weekend.

The Toffees opened their Premier League campaign with a 3-1 win over Southampton last weekend as they made a fast start under new boss Rafael Benitez, while Leeds are looking to bounce back from their hugely disappointing 5-1 defeat at Manchester United.

Former Real Madrid and Bayern Munich star Rodriguez missed the Toffee’s opening weekend victory as he was in isolation due to Covid-19 protocols amid doubts over his future at the club.

Speaking on a Twitch stream on Monday evening, as per the Liverpool Echo, the Colombian confirmed that he will not be involved this weekend. “Everton are playing this Saturday but I will not play,” he said.

Rodriguez then took to Twitter to post: ‘Nunca dejes de creer’, a slogan that is often used by Atletico Madrid, who the 30-year-old has been linked with this summer and translates to ‘never stop believing’.

Everton are also set to be without the injured Andre Gomis, while Moise Kean, Ben Godfrey and Jean-Philippe Gbamin all missed the Southampton victory.

Forwards Richarlison and Dominic Calvert-Lewin were fit to play however, despite the former’s busy summer with Brazil at the Copa America and Olympics and the latter picking up a pre-season injury.

Leeds are currently sweating on the fitness of Diego Llorente, who pulled up in the pre-season defeat to Rela Betis, with Marcelo Bielsa last week confirming the defender faces ‘one or two weeks’ out. Fans will also be hoping that Kalvin Phillips will be pushing for a start after he was named on the bench at Old Trafford following his extended summer with England at Euro 2020.