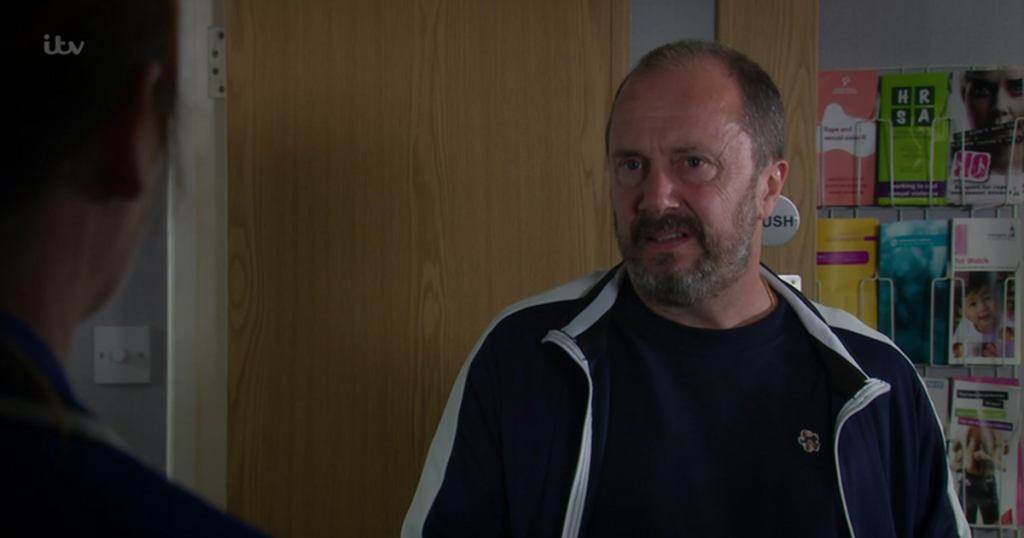 Emmerdale fans have been left feeling uncomfortable after tension-filled scenes between Wendy and Russ.

It’s been building to a fight as Russ has become even more eager to get his hands on the £50k left to Wendy’s grandson.

Russ is the ex-husband of Wendy and fans have realised quickly that the relationship wasn’t a healthy one.

Click here for the latest Emmerdale news, spoilers and stories.

Only arriving a few weeks ago, Russ caused trouble from the get-go as he demanded any money left was rightfully his.

He has returned after seeing Wendy at his mother’s funeral paying her respects.

Russ has been telling Wendy and Victoria he wants to be back in their lives, and it appears that Wendy feels forced into backing him on it – even though she’s not so sure how much he’s telling the truth.

Russ also has a big criminal past, which has seemingly scared Wendy too, meaning he’s able to get his own way pretty easily.

One wrote: “Wendy needs to tell Russ to p*ss off, he’s so controlling…”

Another backed the comment, writing: “Russ gets on my last nerves – “maybe I’m not gonna be pushed around anymore…” YES WENDY!

Tonight’s episode has riled fans up even more as Russ’ actions seem to have gotten worse. As the pair sat outside, Russ appeared to be getting more aggressive.

It’s rumoured that Russ will resort to more desperate measures as he’s set to get his hands on a shotgun and escalate the situation even further.