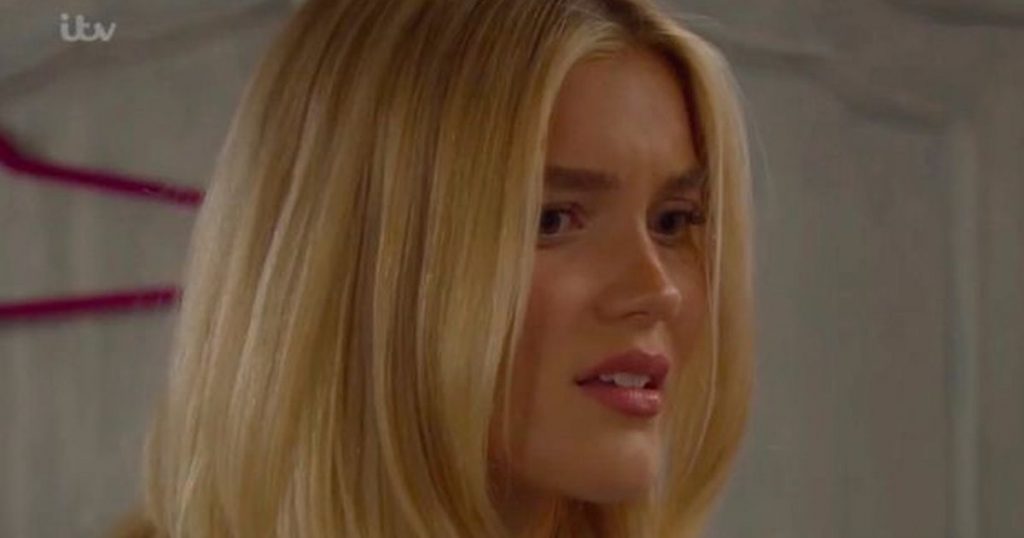 Emmerdale star Mimi Slinger – known to fans as Leanna Cavanagh on the ITV soap, has shared a new Instagram post enjoying her summer holiday which has stunned fans.

The beauty, 18, can be seen relaxing on a boat in the sun, clad in a mint green bikini.

It is unclear where the photo is taken but it looks like somewhere in the Mediterranean.

She captioned the picture with a witty: “Vitamin sea”.

The youngster is best known for her portrayal of Leanna Cavanagh on the ITV soap opera Emmerdale.

Fans were left shocked when Leanna was murdered by the show’s Meena Jutla in an episode last month.

Meena, played by Paige Sandhu, in the ITV soap took teen Leanna’s life after she discovered a box of trophies of all of the murderer’s previous victims.

Leanna, at first, stood up to Meena but soon realised she was in over her head when it was clear Meena had killed before.

As Leanna fled the village she fell and it gave time for the Meena to catch up to her.

Meena, a nurse, asked if she could take a look at Leanna’s hurt ankle.

Leanna had made the unsavoury discovery that Meena had murdered her best friend Nadine.

While Leanna promised the nurse she would not reveal what she discovered, Meena was not fooled.

When Leanna lost her cool and screamed at Meena that she had killed Nadine, Meena uttered an unapologetic: “Me? No. Okay, yes. I lied.”

Seconds later she pushed Leanna off a high bridge and onto rocks below.

Showing no remorse Meena returned home with Leanna’s ring to get ready for a party where she was seen drinking wine and listening to Britney Spears’ Toxic.

Fans are unsure of what is next in store for Mimi since she was killed off of Emmerdale, but her Instagram shows she is not short of things to do.

The stunner has been enjoying a summer with her friends and looks to be making money from brand sponsorships, she is also signed with Storm models.

We are sure this is not the last time we will see Mimi.