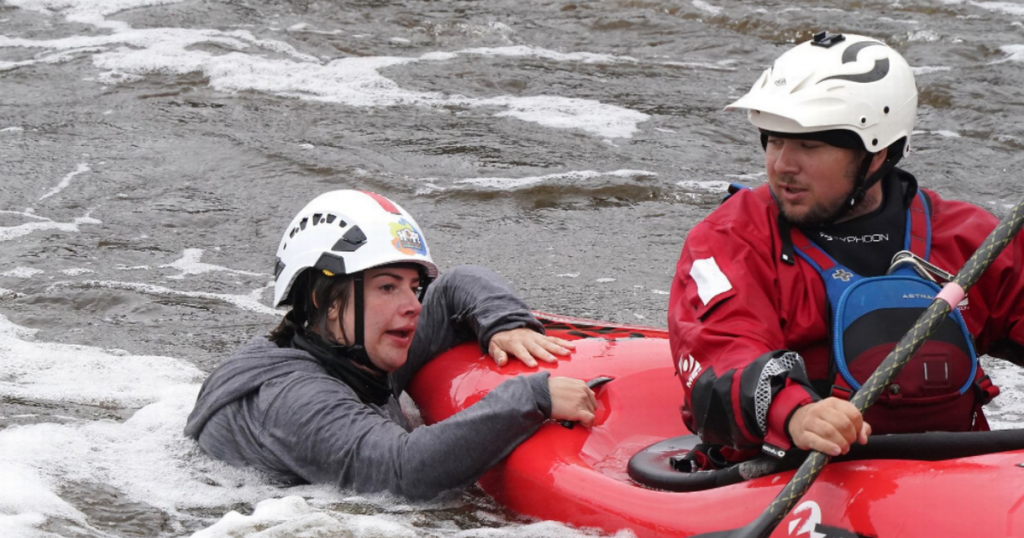 The stars of the ITV soap were spotted filming one of the shows “biggest ever stunts” in waters at Tees Barrage.

Images, captured by Teesside Live, show both of the ITV soap actors seemingly floundering in the waters.

READ MORE: Bradford boy, 17, has acid thrown at him in middle of Leeds Festival dance tent in sickening attack

The pair appear to drift apart during the filming of the dramatic scenes – which Matthew has dubbed as one of the show’s “biggest ever stunts”, the publication reports.

One person who saw the filming said that Matthew, who was wearing a helmet, had appeared to be swooped across the rapids section of the waters while shooting the scenes.

However, once filming was over the pair said it had been “fantastic” – although they admitted they were in need of a cuppa after filming in the cold waters.

“We’ve just been filming one of the biggest stunts that Emmerdale has ever done at Tees Barrage,” said Matthew.

“And it’s been fantastic – and cold.”

TVs crew were also spotted on Monday at the award-winning attraction where the likes of Vera and war drama 1917 have also been filmed.

Kevin Mathurin, who plays vicar Charles Anderson on the popular ITV soap Emmerdale, was among the actors spotted there.

Tees Barrage is home to two international-standard courses with 300 metres of rapid white water flowing down it through powerful machines that pump more than 14,000 litres of water every second.