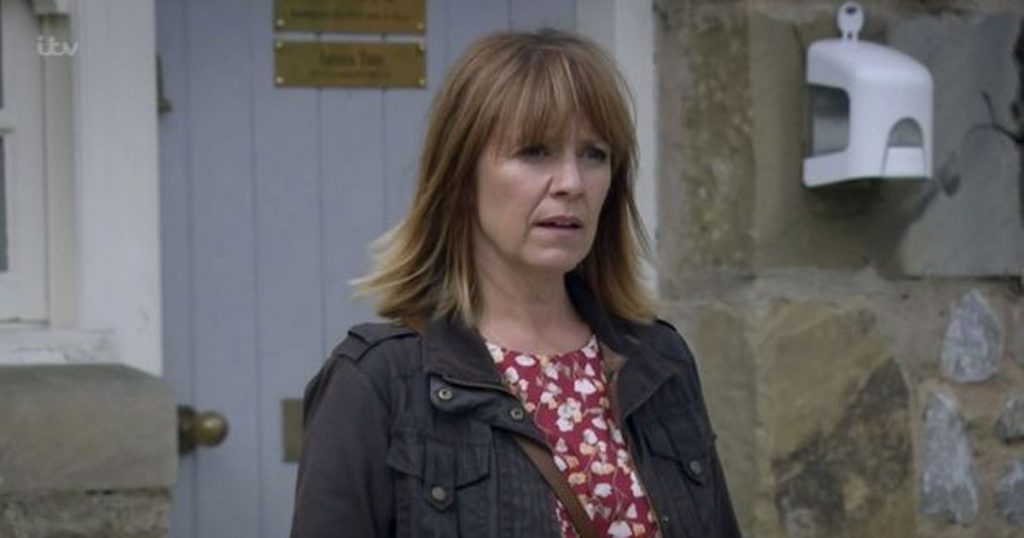 Tonight’s double-bill of the ITV soap saw April open up to Rhona about her struggles with Cyber-bullying.

Naturally, Rhona was left reeling when she discovered that Cathy Hope (Gabrielle Dowling) had been trolling April Windsor (Amelia Flanagan).

You can find all the latest Emmerdale news, gossip and spoilers by visiting our homepage dedicated to the ITV soap.

Rhona confronted Cathy and threatened to tell her father, Brenda and her school about what she had been doing. “This is not going to end well for you,” she warned.

Cathy ran away but Rhona caught up with her on Main Street, Bob and Brenda saw the commotion and Brenda stepped in to protect Cathy.

Rhona and Brenda ended up in a scuffle in the street after Rhona accidentally hit her in the face knocking her to the ground.

A fuming Brenda branded Rhona a “lunatic”, the confrontation sparked Cathy to confess: “It was me. I was the troll that made everyone hate April.”

But despite Cathy’s confession, Brenda insisted Rhona be dealt with for her “manhandling” and called the police to report her for assault.

Emmerdale fans were outraged as a police officer showed up at the house to arrest Rhona and many took to social media to share their thoughts.

One social media user posted: “Brenda has some cheek phoning the police on Rhona when it was Brenda that lunged at Rhona first.”

A second added: “Now Brenda has the actual nerve to call the police on Rhona?”

Another added: “I’m not surprised Brenda called the police she is spiteful like that, and thinks the sun shines out of Cathy’s a***.”

Both April and her dad Marlon were angry with Rhona and said she has only made a difficult situation harder.

A regretful Rhona told Marlon that she’d been charged with common assault and would be due in court at a later date.

Should Rhona be charged with assault? Let us know what you think in the comments below.