A group of endangered elephants who stunned scientists when they spent more than a year travelling across China are now in a safe habitat.

The 14 elephants travelled 807 miles and are now – finally – approaching a protected home in southwest China, according to Yunnan province officials.

There had been widespread fears they were not aware of where they were going, because there was no clear scientific explanation as to why they started the journey in the first place.

There were also worries they could run into dangerous new territories along the way as they crossed towns and rivers – or that they could pose a threat themselves to local people.

Elephants are accustomed to travelling short distances but this particular trek set alarm bells ringing in recent months, and an emergency committee was even set up to handle them.

To guide the elephants to a safer location, officials set up electric fences and bait alongside artificial roads after crafting a “scientifically planned” route, according to the committee.

If all goes to plan, the elephants will now be able to safely return to their own habitat where they will “thrive”.

Joshua Plotnik, assistant professor of elephant psychology at Hunter College at the City University of New York told the BBC that “no-one knows” why the animals started their expedition.

He added that Asian elephants are struggling with mass habitat loss due to human activity, and so this herd’s voyage “is almost certainly related to the need for resources”. 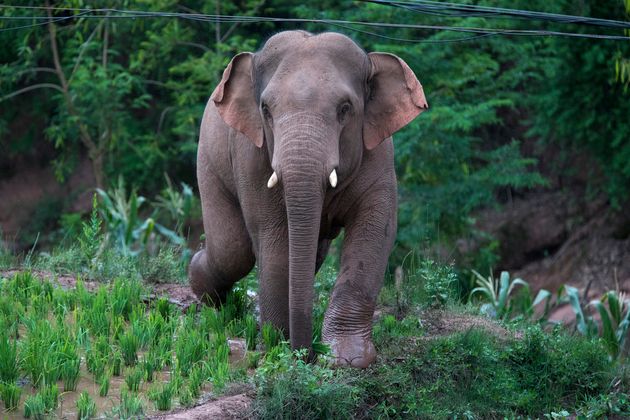 It was an eventful journey which had the whole world watching, fearing for the endangered animals’ safety.

The province of Yunnan ended up relying on more than 25,000 police and staff, along with 1,500 emergency vehicles used to track and feed the elephants – while maintaining looking after the public.

In the end more than 150,000 people had to be evacuated to make way for the elephants’ route.

More than 5 million yuan (£556,471) was also spent in insurance funds to cover property damage inflicted by the animals, according to Yang Yingyong of the committee.

The herd are thought to have left their habitat in Xishuangbanna in March 2020 –when there were 16 elephants – briefly settling in Puer 186 miles away, before they moved on again in April this year.

On their long journey, locals have caught the herd breaking down doors, raiding shops, ‘stealing’ food, playing in mud, and napping in the middle of a forest.

They have been pictured messing with crops too and entering people’s homes.

The herd were even seen queuing to drink water in a courtyard, using their trunks to turn the tap on. 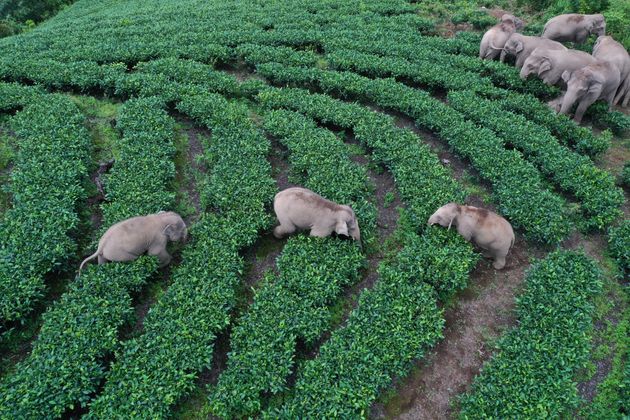 The same elephants were found in another village