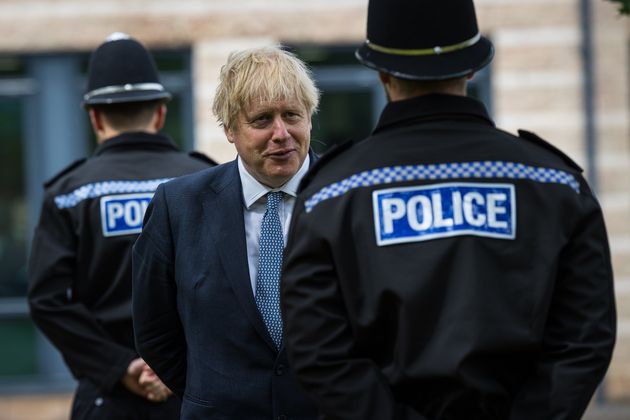 Draconian stop and search powers are to be made permanent under Boris Johnson’s latest crime crackdown.

So-called “Section 60” powers, which allow police to search in an area without having reasonable grounds for suspicion against an individual, will be made easier as part of the “Beating Crime” plan unveiled on Tuesday.

The powers have long been controversial because they have had a disproportionate impact on black communities, but the prime minister has decided to ramp up their use to combat knife crime.

The usual pre-conditions for such searches have been temporarily watered down in recent years and now Johnson wants to make permanent police forces’ ability to deploy them with fewer checks.

The major shift, which finally buries Theresa May’s policy as home secretary to cut the number of stop and searches, is part of a wider package of policies aimed at making the Tories look tougher on crime.

When Johnson was Mayor of London, his use of stop and search was curtailed by May as she drove through reforms aimed at boosting community relations with the police.

Backers of the tougher powers say they are a useful deterrent in response to incidents involving knives in a defined area and stress that safeguards are built into the system to ensure they are not based on race or ethnicity.

But critics argue that “no suspicion” stop and search powers are abused by police officers, with black people nine times more likely to be searched overall than white people.

Campaigners also point out there is little evidence to suggest that “draconian” stop and search provides an effective deterrent to offending, and most searches result in officers finding nothing.

Only around 20% of searches in 2019/20 resulted in a criminal justice outcome – an arrest and an out of court solution – linked to the purpose of the search.

Most stop and searches are used under ‘Section One’ powers, which require officers to have “reasonable grounds” to conduct the search.

Around 5% of searches are ‘Section 60’, often where police had no grounds for  suspicion but used them in a blanket fashion in a particular area for a limited time. 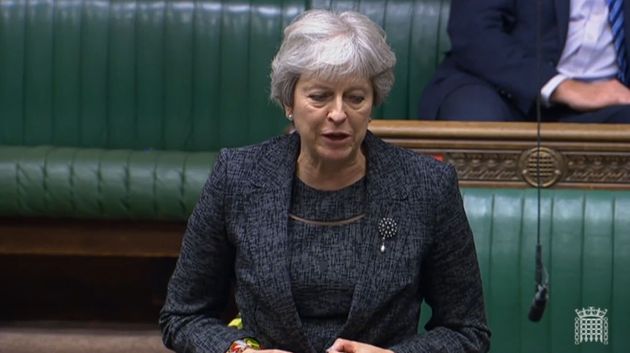 Theresa May reduced stop and searches as home secretary

In recent months, police forces in Wales and in London have used such “Section 60” powers to search an entire area after a particular violent incident or disturbance.

In London there were 11,412 searches under Section 60 by the Metropolitan Police in the year ending March 2020, government data shows.

Shadow home secretary Nick Thomas-Symonds told HuffPost UK: “The government must be transparent about any potential for disproportionality with these measures.

“It’s vital with any new powers comes proper oversight, especially as building community trust is so vital to tackling crime.

“They must also get on with implementing recommendations from the Lammy review and also look to learn from innovative work being done to improve trust in policing.”

Johnson said: “When I first stood on the steps of Downing Street as prime minister I promised to back the police and make people safer, because we cannot level up the country when crime hits the poorest hardest and draws the most vulnerable into violence.

“That is why my government has remained unstinting in its efforts to protect the British public and this plan delivers a fresh commitment, as we emerge from the impacts of the pandemic, to have less crime, fewer victims and a safer society.”

The Home Office said that it was important to remember that data showed that young black men are disproportionately more likely to be the victims of knife crime.

A spokesperson said: “Stop and search is a vital tool for tackling violence and saving lives.

“The Beating Crime Plan shows we are taking a twin-track approach which combines tough enforcement to get knives off our streets together with early intervention programmes that steer young people onto better paths for the future.

“An assessment of the pilot relaxing conditions on the use of section 60 stop and search showed it gave police officers greater confidence to make use of the power, better reflected the realities and uncertainties officers face on the ground around predicting serious violence, and acted as a deterrent.

“The government is giving the police these powers but ultimately it is an operational decision to use them and we expect officers to use their discretion.”

The pilot scheme assessment – which has yet to be published – covered both qualitative interviews with police officers and community scrutiny leads, and a bespoke data collection from forces including outcomes, authorisation rationale and geographical data.

Analysis of the geography of authorisations in London found “some correlation” between areas with high levels of hospital admissions for assault with a sharp object and section 60 authorisations.

Officers felt there was a deterrent effect of the use of section 60 as they communicate the authorisation to would-be offenders.

Among safeguards to prevent disproportionate impact on minority groups are statutory codes of practice, the use of body worn video and College of Policing guidance ensuring accountability and guidance on fair use.