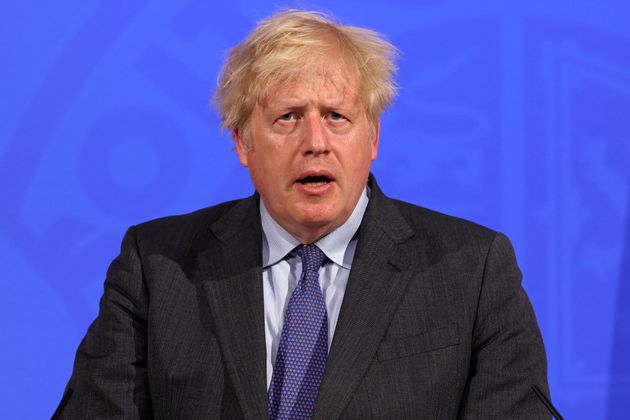 Double-jabbed adults will no longer be forced to isolate at home after coming into contact with someone with Covid, Boris Johnson has declared.

The prime minister announced the radical new move as he also revealed that the gap between first and second vaccine doses would be slashed from 12 weeks to just 8 weeks for all under-40s, with the aim of getting everyone fully protected by mid-September.

The proposals, which depend on the final data on the spread of the virus being confirmed next Monday, were part of a raft of measures set to kick in on so-called Freedom Day on July 19.

The changes to the home quarantine restrictions for double-vaccinated individuals will mean that for the first time in more than a year the public can continue to go about their daily life even after being classed as a “contact” of someone with Covid.

However, some people will still have to isolate at home for 10 days, including those who test positive or those who are explicitly asked to quarantine by the Test and Trace service.

Speaking at a Downing Street press conference, Johnson said: “We will continue from Step Four [of his ‘roadmap’ out of lockdown], to manage the virus with a test, trace and isolate system that is proportionate to the pandemic.

“You will have to self isolate if you test positive, or are told to do so by NHS test and trace. But we’re looking to move to a different regime for fully vaccinated contacts of those testing positive, and also for children.”

Johnson and his fellow ministers have come under huge pressure in recent weeks to show that double-vaccination with Pfizer or AstraZeneca will finally have real benefits in terms of personal freedoms.

Both vaccines reduce the chances of serious Covid illness by more than 90%, including the Delta variant of the virus, and the government is keen to continue the UK’s reputation as the least vaccine hesitant nation in the world.

On Monday, the issue was highlighted when the Duchess of Cambridge was required under current rules to stay at home despite being double-jabbed, after she was told she had come into contact with someone with Covid in recent days.

Under the new system, a “proportionate” test, trace and isolate system will be kick in from July 19m with symptomatic testing continuing and free basic rapid testing extended until 30th September. Contact tracing will continue.

The vaccine rollout will be accelerated across England by reducing the dose interval for under-40s, from 12 weeks to eight. This will mean every adult has the chance to be double-jabbed by mid September.

In recent days, vaccine centres have been inundated with over-18s who want to get their second jab much sooner than the 12 weeks technically allowed at present.

Pfizer’s guidance is that a gap of just three weeks is required for minimum protection and some GPs and health centres have been allowing such fast-tracked dosing rather than have to throw away valuable vaccines at the end of their working day.

All over-50s are already allowed to cut the dosing gap to eight weeks and that will apply to all age groups under Johnson’s latest proposals.