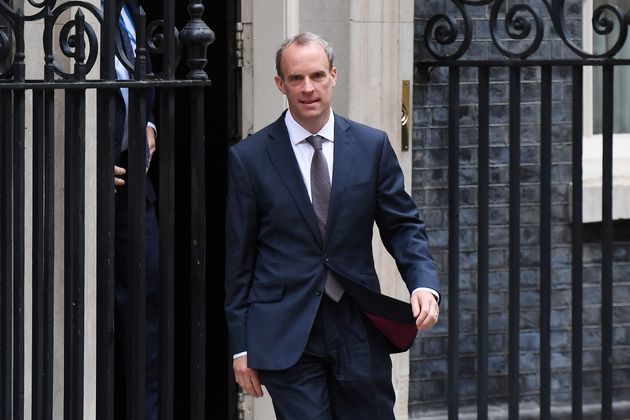 Dominic Raab has been strongly criticised for being on holiday as the Taliban advanced on Kabul last weekend.

Dominic Raab has rejected calls for his resignation after it emerged he chose not to interrupt his holiday to help translators flee Afghanistan.

The foreign secretary is under pressure to resign after the Daily Mail revealed he was “unavailable” when officials in his department suggested he “urgently” call Afghan foreign minister Hanif Atmar on Friday – two days before the Taliban marched on Kabul – in order to arrange help for those who supported British troops.

Instead the call was made by junior Foreign Office minister Zac Goldsmith, but that did not happen until Saturday because the Afghan foreign ministry initially refused to set up an immediate call with a junior minister.

The following day Kabul fell to the Taliban.

The revelations have led to calls for Raab to either resign or be sacked by Boris Johnson.

Labour leader Keir Starmer, said: “Who wouldn’t make a phone call if they were told it could save somebody’s life?”

“If he does not, the prime minister should finally show some leadership, and sack him,” she said.

“Right now, there are interpreters across Afghanistan who are surrounded by the Taliban and fearing the worst.

“All the foreign secretary had to do was leave the beach and pick up the phone. He did not.”

But asked by reporters on Thursday whether he would resign as foreign secretary, an unrepentant Raab said: “No.”

On Thursday defence secretary Ben Wallace defended his colleague, arguing that making the phone call on Friday would not have made “any difference whatsoever”.

“Last Friday, when we were dealing with this, the problem was not whether ministers in the last Afghan government were getting phone calls, as we saw their remit and their power was almost zilch at that moment in time,” he told Times Radio.

“The problem we faced was whether the airport would be open or not, whether we could get our flights that we’d already been doing – both civilian flights, as you remember, and military – out the country.

“That was the focus of the government at the time, and I’m not sure a ministerial phone call at that moment in time would have made any difference whatsoever other than trying to seek reassurance.”