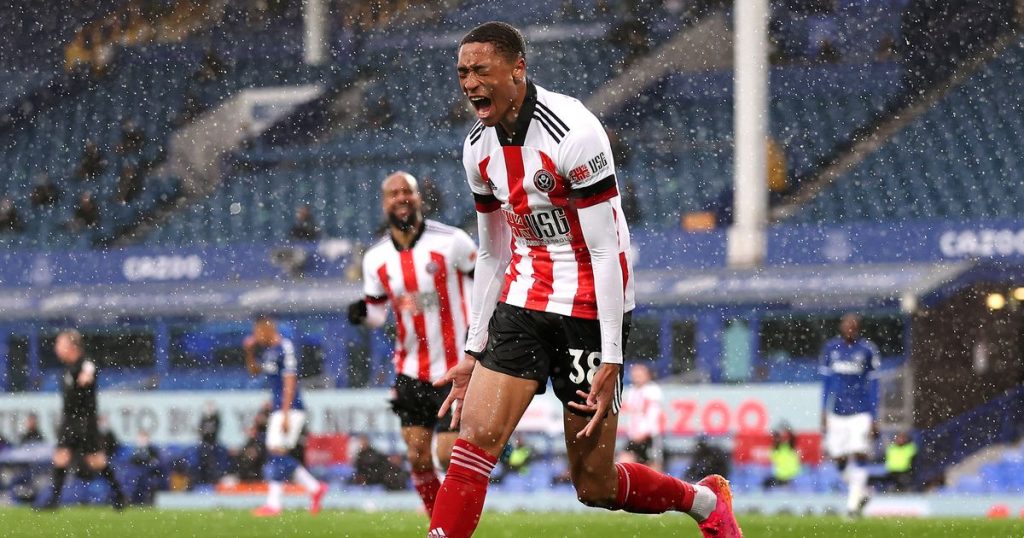 Much has been made of the club’s desire to add to their squad before the window shuts and they have been linked to bring in a number of players before the August 31 deadline.

Lewis O’Brien and Noa Lang are among those who could make the switch to Elland Road and Jebbison is another name who has been thrown into the mix.

After Everton had a £5m bid rejected, Leeds are now interested in a move for the 18-year-old, with Brentford and Aston Villa also keen.

This could be an exciting signing for Marcelo Bielsa, as they look to bolster their already talented attacking options.

Below is a profile of Jebbison, assessing why Leeds have reportedly targeted the striker.

Canadian-born Jebbison moved over to England at the age of 14 and joined Sheffield United a year later after a successful trial.

A pacey forward, he has impressed for the club’s Under-18 side, especially in the FA Youth Cup last season, scoring four times in three matches.

Having shone at academy level, Jebbison made his first senior appearance against Crystal Palace in May, as he came on as a second-half substitute.

The youngster was rewarded with his first start in the trip to Everton and he went on to grab the winner in a 1-0 success for the Blades.

That proved to be his first senior goal and he also featured in their final two top-flight matches, as they ended the season with a success at home to Burnley.

Jebbison also spent a short time out with Chorley at the start of 2020/21 and played in the Blades’ Carabao Cup first-round tie against Derby County on August 24.

Why would Leeds want him?

Leeds lack real strength in depth across the front line and their desire for reinforcement in the department is evident considering Rodrigo was their only senior central striker option from the bench on the weekend.

The Spaniard, however, has only started two league games for the Whites in that position and has been preferred deeper in midfield, so it doesn’t look like Bielsa sees him as a direct replacement for Patrick Bamford.

Jebbison is a tall, direct forward who can penetrate the back-line with his pace and strength, showing that he has the potential to be a dangerous Premier League attacker.

In two of his three starts last term, the England Under-18 international was used as a lone forward and led the line superbly, pressing when he needs to while holding a stubborn shape, similar to Bamford’s role in the Leeds team.

Playing under former Whites boss Paul Heckingbottom, Jebbison has grown accustomed to working hard out of possession, but also with the talent to get in the box and score goals, which would suit Bielsa’s high-intensity style of football.

The youngster featured during the first-half after being substituted at the interval and his manager made a bold claim about what he could achieve in the future amid Leeds’ interest.

Speaking to Yorkshire Live, Jokanovic said: “He is a very good prospect. He is a young man with a lot of quality.”

“In different parts of the team now there are different opportunities to play for Sheffield United. How we are balanced it’s not easy to find enough space but I’m sure he will be very good.”

“He is a very good prospect as a football player and a very good worker. He is really healthy and I’m sure he will be an important player in the Premier League and Championship and England national team, why not?”