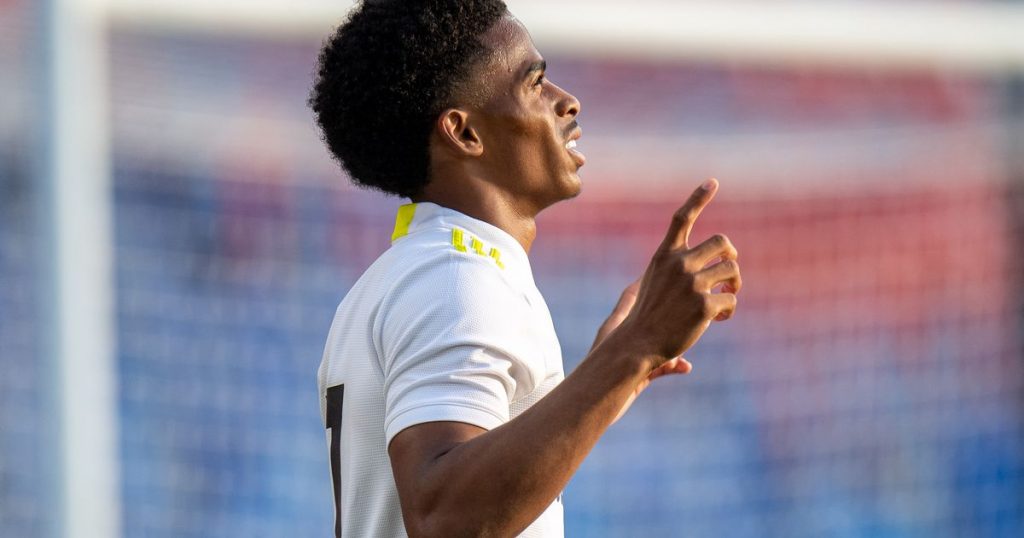 Marcelo Bielsa has tended to use the cups to rotate his side and provide playing opportunities for those that don’t often start as he very rarely rotates his first-team unless forced to by injuries.

As well as fringe players, he has also given several U23s players debuts in cup games. Robbie Gotts was given his first opportunity in FA Cup against Arsenal, whilst Charlie Cresswell started against Hull City in the EFL Cup last season as well as Jack Jenkins and Sam Greenwood being given debuts in a loss at Crawley Town.

This time around, it looks as if Crysencio Summerville will get his chance after the winger pushed himself ahead of Ian Poveda with an excellent pre-season. The Dutchman has featured on the bench for the first-team in both games so far this season and – alongside Cresswell – only played 45 minutes in the PL2 fixture against Tottenham Hotspur yesterday, which seemed to be because he’s set to feature tonight.

Leeds Live provides the lowdown on Summerville and his journey so far at the Whites.

His career prior to joining Leeds

The 19-year-old began his career at Dutch giants Feyenoord, joining the club as an academy player. He progressed through the age groups, picking up Netherlands caps at every level on the way.

He was then loaned out to ADO Den Haag following a fight with another U19s player and subsequently it was decided he was not welcome at Feyenoord.

Despite the controversy, Leeds came in for the player following his exciting loan spell at Den Haag, where he demonstrated his lightning pace and confidence to dribble with the ball at every opportunity. He scored twice and assisted three goals in 21 appearances at the age of 17 and Leeds were encouraged enough by his potential to part with around £1m to secure his services.

In the first half of the season following his arrival, Summerville struggled to make an impact, playing only 122 minutes in the opening 11 games of the PL2 season. He wasn’t even included in the squad for seven of them.

As Leeds U23s manager Mark Jackson told Leeds Live: “It’s taken a long time to adapt to our style of play, when he first came in he probably wanted the ball to feet all the time. He understands now there’s different ways to receive the ball in behind and in space, with different movements and his intensity and things like that so on a daily basis he’s learning and he’s fully aware of that.”

However, he started the 12th game of the season, announcing himself by scoring a hat-trick against Burnley’s U23s.

Aside from a blip where he was suspended following a sending off for picking up two yellow cards, Summerville had a stellar second half of 20/21 as he scored another three goals and assisted six.

PL2 defenders found his one-versus-one dribbling ability too much to handle and he would often leave trails of defenders chasing after him as he caused chaos, allowing him to set up tap-ins for his teammates.

He continued his fine form in pre-season, looking the pick of the U23s and perhaps even the whole of the Leeds squad as a whole. Games against Guiseley and Fleetwood Town were particularly encouraging as he showed his ability to play against more physically developed opponents.

This excellent showing saw Ian Poveda loaned out to Blackburn as Summerville seems to have usurped him for his place on the bench.

What have people said about him?

Former Feyenoord star Dirk Kuyt had high hopes for his fellow Dutchman to break through at the club, calling him a ‘great talent’.

Mark Jackson also said: “He’s a focused young man and I said to him a while back, ‘Look at where you were when you first came here and look where you are now’. He fully agrees it’s been a tough time but he’s developed and got better, but yeah we’re pleased with where he is but there’s a lot more to come from him as well.

“With regards to a set of tools that a player has: pace, trickery and the strength now, he’s got the tools hopefully to make an impact. Like I said with every young player we don’t want to get too carried away with them, we want them to understand that it’s just the first step being involved in and around the first-team, and that it takes a lot to maintain your place there.”