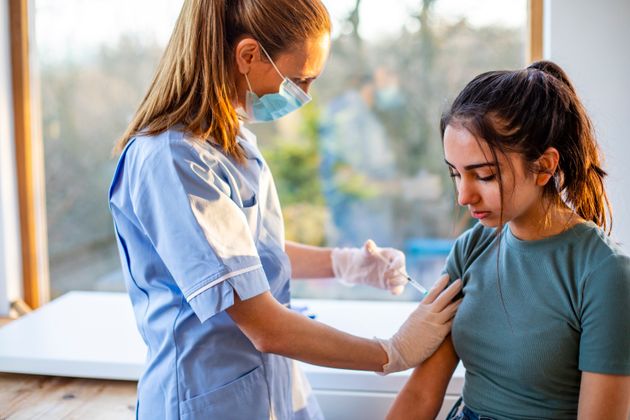 Over-16s in the UK will finally be able to get vaccinated – but they might have to wait weeks until their first jab, regulators have decided.

Downing Street is set to follow advice from its independent advisory board, the Joint Committee on Vaccination and Immunisation (JCVI), to make another age bracket eligible for the jab.

Up to this point, the vaccine was only available to over 18s, and those aged 12 and over with underlying health conditions or who live with immunosuppressed individuals.

The JCVI previously advised against vaccinating most children under 18 until more data on the safety of the jab was available.

Now, the specialists have recommended rolling the vaccines out to healthy 16 and 17-year-olds.

This new phase of the rollout will be handled by the Department of Health and Social Care, which works with NHS England, NHS Improvement and Public Health England.

JCVI expect it to become operational in a few weeks, but no clear timeframe has yet been announced.

It might take a while for this age bracket to become fully vaccinated too.

While advocating for this age group to receive two jabs – just like the adult population – the JCVI intends to reveal its findings about what kind of interval should be scheduled between the two doses further down the line.

The committee is looking at a longer gap between each jab compared to some countries which have adopted a three-week interval because it is waiting for more data to come in.

The JCVI emphasised that it came to this decision by studying the harms and benefits that vaccine could bring to this age bracket, rather than the knock-on effect this new wave of vaccination might have on the adult population.

The regulators also noted that if a child is considered able to understand the risks and benefits of the treatment being offered to them – in this case, the Covid vaccine – they are legally permitted to give their own consent.

There have been concerns that younger people could suffer from greater side–effects from the vaccine.

But the JCVI confirmed, based on its data, that serious subsequent events like the heart condition myocarditis only occur in extremely rare cases and many recover quickly.

Universities minister Michelle Donelan also told Sky News this morning that the government had been waiting for the JCVI to make a decision on vaccinating this age group.

She said this was due to the government’s trust in the specialist committee, adding: “At every stage throughout the pandemic we’ve adopted their advice on this.”

She continued: “They are the experts of course when we’re determining the vaccine rollout.”

There is an argument among some scientists that the JCVI’s decision has come “too little, too late” and that the UK is still behind the rest of the Western world in vaccinating the younger generations.

This group of 18 scientists, called Lancet, claimed the decision means this age group will not be vaccinated ahead of returning to school in September.

It also pointed out that the Pfizer vaccine was approved by the Medical and Healthcare Regulatory Agency (MHRA) for over-16s back in December. 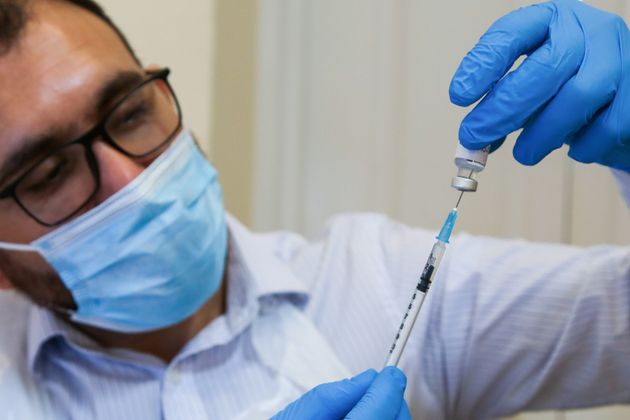 16-17-year-olds will receive the Pfizer jab

Why is this decision such a big deal?

This new move could turn the corner for the UK, according to one specialist.

Professor Paul Elliot, the director of the React programme and Imperial College London’s epidemiology and public health medicine told Sky News that the surge of infections seen last month was “driven” by the younger generations.

The professor explained: “The highest rates of infection were in the 13 to 24-year-old group.”

He also said that the viral load was lower in those who had been double-vaccinated compared to the unvaccinated, meaning the chance of passing the virus on was significantly lowered.

By vaccinating this younger group, the UK is now on a similar course to some of its European neighbours, although countries such as France have already made the jab available to those aged 12 and over.

Those eligible for the vaccine in the UK are likely to receive the Pfizer/BioNTech jab as it is the only one approved for under 18s by British regulators, although AstraZeneca is still being trialled.

The news has come amid concerns those in the 18 to 24-years-old age bracket are reluctant to get jabbed, which has lead the government to introduce various incentives to encourage the young to get vaccinated.

While data from the Gov.uk dashboard showed that vaccine rates have slowed within most age groups, they are still rising among those aged 18-24.

What about younger age groups?

The JCVI did not rule out future vaccines for the next age group – healthy 12-15-year-olds – but it is waiting for more concrete data before making a decision.

For now, the committee is sticking to its previous recommendation that the vaccines should only be accessible to 12-15-year-olds with underlying health condition or who live with a person who is immunosuppressed.

But, scientists at Lancet have called for jabs for 12-17-year-olds, and have criticised the JCVI’s lack of transparency when it comes to the risk-benefit analysis behind their major decisions.