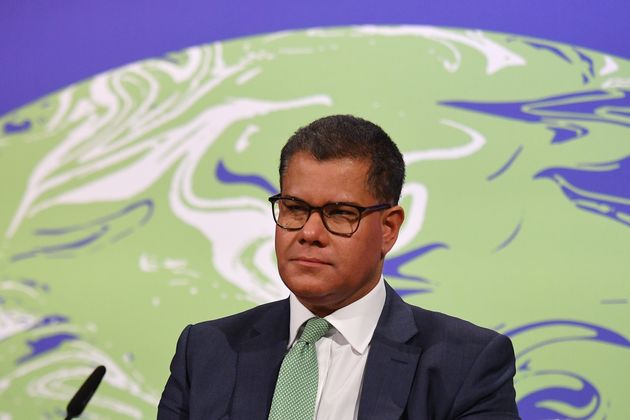 The UK has come under intense scrutiny over its position towards the Cambo oil field, which is situated to the west of the Shetland Islands and is thought to hold 800million barrels of oil.

Cop26 president Alok Sharma has sought to distance himself from the government’s support of the new Cambo oil field, saying he has “no power” to halt the development.

Sharma ducked a number of questions over whether the UK could claim moral authority over the summit in Glasgow given the UK’s support for the Cambo oil field, which lies west of the Shetland Islands.

A report by the International Energy Agency (IEA) recently stated that no new oil or gas establishments could be set up after this year if the UK was to achieve its net zero target.

But Sharma pushed back against the report’s findings and said the UK had decarbonised faster than any other G20 nation.

Asked by Andrew Marr whether giving the oil field the green light sent the right message to the rest of the world during the climate gathering in Glasgow, Sharma said: “You know, we as a country have decarbonised our economy faster than any other G20 nation over the past years.

“And in terms of oil and gas, we’ve been very clear: we’ve said that in terms of granting any future licences, there will be a climate compatibility checkpoint, and any licences that are granted will have to be compatible with our legal requirement to be net zero by 2050.”

Asked about the IEA’s recommendation to stop any future oil and gas fields, and whether he could stop it, Sharma responded: “Well, it is not as you say in my power, my role here is to bring together consensus amongst almost 200 countries.

“The IEA report also makes clear that, even in a net zero scenario, there is some element of oil and gas in that.”

But Marr pushed further: “I ask again — does allowing the Cambo oil and gas field off Shetland to go ahead now set a good example around the world?

Sharma replied: “That is something that is being considered. There was a consultation inquiry around all of that.

“I’m not going to go into that particular issue. When there is an announcement, an agreement, of course I’d be very happy to come and talk to you.”

The UK has come under intense scrutiny over its position towards the Cambo oil field, which is thought to hold 800million barrels of oil.

The government has sought to defend its interest in the site on the grounds that even as the world moves away from fossil fuels, there will still be an ongoing demand for oil and gas in the coming years.

But climate activists and critics have said the government’s stance towards the oil field sends the wrong message to the rest of the world and to developing nations who will find it costly to decarbonise.

And on Saturday, Sharma was heckled as a “hypocrite” by youth activists while giving a speech at the COY26 youth conference.

Marr went on to say: “The chair of the climate change committee, Lord Deben, says of the oil field one you do that, once you allow that to go ahead, ‘you set an example that will be quoted throughout the world as showing such a development is acceptable’.

“And yet you’re not prepared to stop it.”