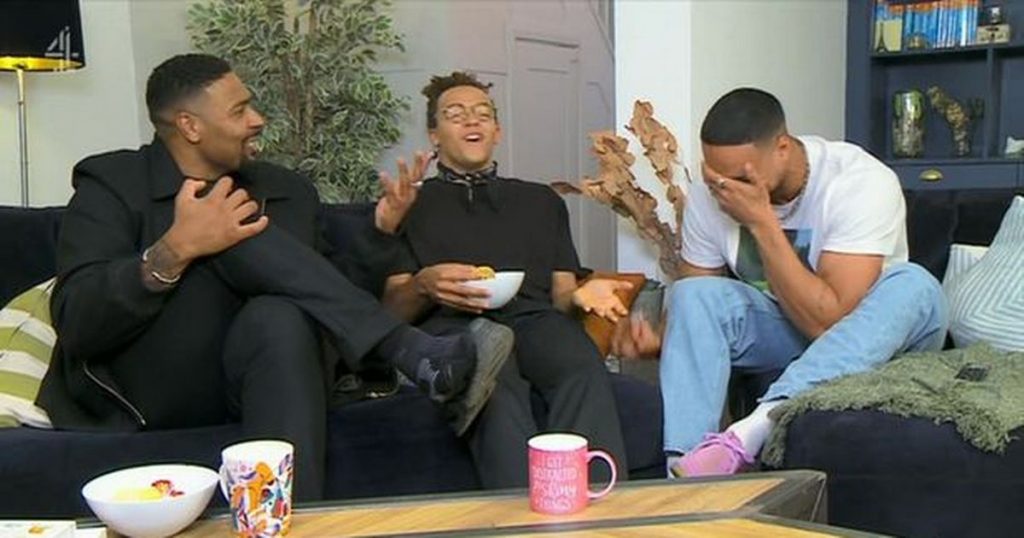 Diversity’s front man, Ashley Banjo found himself wincing after his comments on Celebrity Gogglebox were misinterpreted.

It seemed like the dancing star had accidently admitted he had a foot fetish as they watched one of the first couples walk down the aisle.

For more on Channel 4 and other shows, click here

But then he followed it up with: “Like feet is a thing for a lot of people, imagine in a wedding dress you can’t see their feet.”

However the comment was soon picked up on with Jordan and Perry quick to joke.

“Are you telling me you would be with your other halves if their feet were crazy feet?”

But Ashley’s sibling couldn’t contain his response, shouting: “What are you talking about? You need to shut up, you need to leave, so weird!”

The reaction of viewers was equally brilliant, with comments on Twitter flooding in.

One wrote: “I hear what you’re saying but I’m with Jord and Pel!”

Another joked: “I love the way you thought Jordan and Perri would agree with you, and they just thought you’re the weirdo!”

A fan commented: “Stop talking Ashley your just digging yourself a bigger hole..”

Ashley was commended for wearing a shirt of Noah Donohoe, a 14 year old from Belfast who was tragically found dead in a storm drain.

It is still not known what happened in the tragedy.