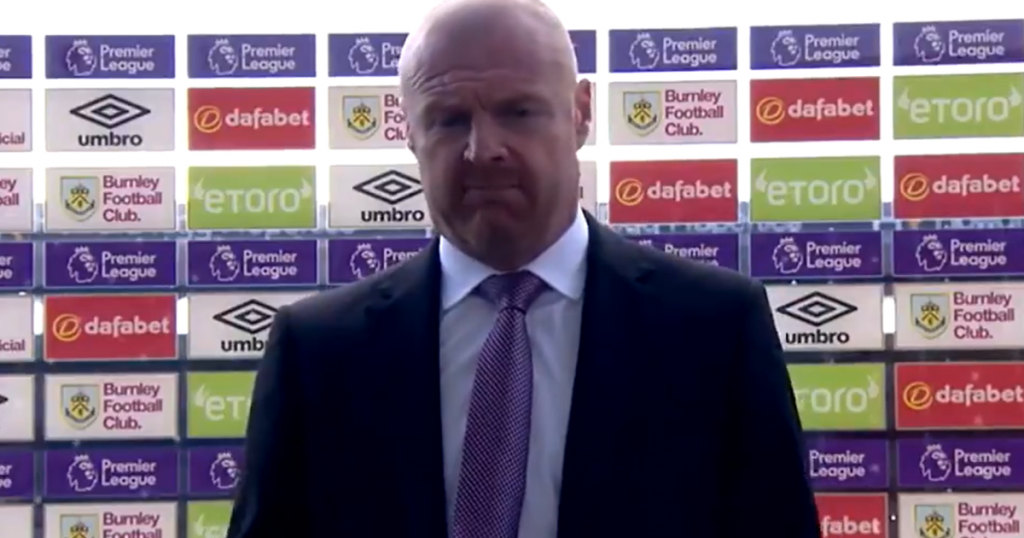 Burnley boss Sean Dyche has cooled the fears of lengthy time on the sidelines for Ashley Westwood and Matej Vydra.

The pair were sidelined for the Clarets as they were beaten 2-0 away to Liverpool on Saturday as Dyche’s side fell to goals from Diogo Jota and Sadio Mane.

Both Westwood and Vydra were absent from the defeat through a toe problem and a knock respectively.

Leeds travel to Turf Moor next Sunday as they look to get their first away win of the season following the opening day disappointment they suffered at the hands of Manchester United.

Dale Stephens and Kevin Long will both be missing from Leeds’ visit.

“We are not expecting either to be long and we don’t expect them to be too serious,” said Dyche, as quoted by LancsLive. “Obviously they couldn’t play today so we will wait and see a report on them on Monday.”

The pair are likely to miss the midweek Carabao Cup tie against Newcastle through their injuries, but will be assessed ahead of United’s visit.

Dyche’s side will be hoping to get one over on Leeds for the first time since 2016 when they won 1-0. Last time out, they were on the receiving end of a 4-0 drubbing as Rodrigo was the pick of the bunch with his brace.

Following the injuries to their two first-teamers, they were forced to field two goalkeepers on the bench and the match against Leeds will be the last bit of action before the window shuts.

Marcelo Bielsa‘s side will go into the clash on the back of a 2-2 draw with Everton, with the Whites having to come from behind twice. Leeds had Mateusz Klich and Raphinha to thank for salvaging a point upon the return of a full capacity at Elland Road.