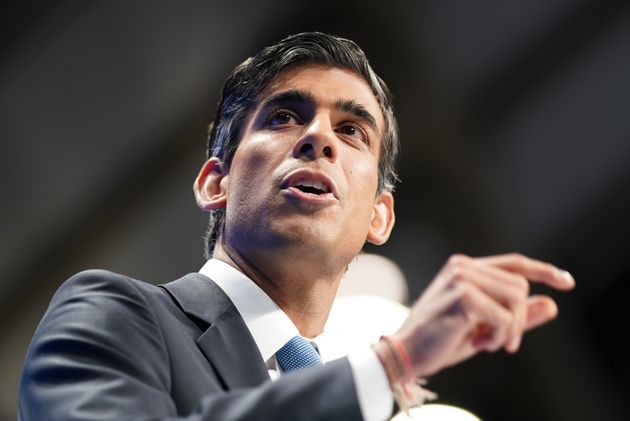 Rishi Sunak announced a dramatic cut to the domestic flight tax in the unveiling of his 2021 budget on Wednesday – but it has not landed very well among his critics.

The chancellor has moved to make flights within the UK cheaper – starting from April 2023 – by cutting air passenger duty.

His announcement came just days before the UK is set to host the UN’s pivotal climate change summit COP26 in Glasgow.

He said: “Right now people pay more for return flights within and between the four nations of the UK than they do when flying home from abroad.”

The chancellor added that this new policy will help nine million passengers see their duty cut by half, while bringing “people together” across the UK.

The government’s climate advisers told Sunak that he needs to reduce flying ahead of his budget announcement, but he decided to make internal travel by plane cheaper to reduce “the cost of living” instead.

The government’s Climate Change Committee even told the prime minister that his net zero strategy had “nothing to say” on planes this week.

European nations, on the other hand, have increased restricted internal air travel.

Sunak’s critics understandably questioned why he didn’t axe train prices instead, as it’s much more environmentally friendly to travel by railway than on a plane.

What’s worse, Sunak also announced that Downing Street will continue freezing fuel duty – this means it will remain cheaper for people to drive rather than use public transport methods.

Mike Childs, friends of the Earth’s head of policy claimed this was an “astonishing move” which “flies in the face of the climate emergency”.

He added: “As the prime minster prepares to host next week’s crucial climate summit, this retrograde step is another illustration that the government’s carbon reduction plans don’t add up.”

The Scotman’s Martyn McLaughlin tweeted that the new rule could result in around 41,000 extra domestic passengers per year.

So the Conservative Government are seriously cutting taxes on domestic flights just days before the UK hosts the COP26 climate change conference… I don’t know what the Chancellor is on but the Lib Dems are probably in favour of legalising it.

Rishi Sunak cuts rate of air passenger duty for domestic flights in half for 9m U.K. travellers a year.

Errr… the week before COP?!

To incentivise flying within the UK is preposterous. To do it the week before the UK hosts the global climate summit is trolling. This is government by nihilism: they don’t care, and they want you to know it. https://t.co/HU8SDWqcSS

So, in the buildup to COP26, Rishi Sunak has just proudly cut taxes on flights within the UK. You absolutely love to see it.