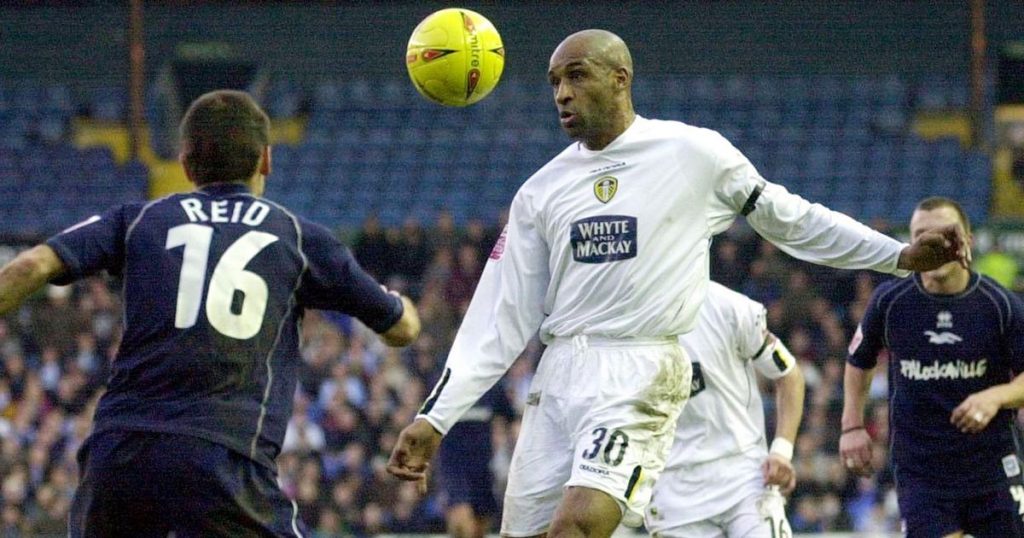 Deane has felt compelled to speak out after witnessing the struggles of his former Doncaster Rovers manager Dave Cusack with the neurodegenerative disease.

The game’s authorities have been urged to establish a fund to support such players, with links having been made in the past between the onset of dementia and the repeated heading of footballs earlier in life.

It is a subject that has come back into the spotlight again after high-profile former footballers Denis Law and Terry McDermott’s dementia diagnoses were publicly confirmed within the last week.

Deane is one of 60 former players aged between 30 and 70 to have thrown their support behind the Head for Change group, including former England striker and Match of the Day presenter Gary Lineker.

He believes the modern game “sits on the shoulders” of men like his mentor Cusack, who played more than 500 games in the Football League as a central defender from 1975 to 1991 for the likes of Sheffield Wednesday, Doncaster and Rotherham.

Thurcroft-born Cusack, who has been diagnosed with vascular dementia, was also player-manager at Doncaster from 1985 to 1987 and Rotherham from 1987 to 1988.

“Dave was the one who saw that I had potential, he offered me a contract and from there really that’s where my story in football started,” Deane told the PA news agency.

“I have spent a lot of time talking to Dave recently and it’s tragic when we have spoken. Sometimes you come off the phone in tears, because he’s in a bad way.

“It is sad to see that a once big, bright imposing figure has now drifted away somewhere. His short-term memory is shot.

“He did so much for me without realising – the way he managed me as a kid, the tough love. When you see someone like Dave who is out there without the support that he should have… the game sits on the shoulders of people like Dave.

“Everybody out there should be looking inwardly at how we can support the likes of Dave. Is the game going to allow these people to wander off without the support and full backing that they need to retain their dignity?”

Head for Change, a group whose co-founders include former Wales rugby international Alix Popham who was diagnosed with early-onset dementia earlier this year, has called for the establishment of an ongoing fund to support individuals like Cusack.

A report by the Digital, Culture, Media and Sport committee of MPs concluded this month that the football authorities should have taken a stronger and more sustained interest in the issue of brain injuries following the coroner’s verdict on former West Brom and England striker Jeff Astle in 2002, which found his death was caused by chronic traumatic encephalopathy (CTE) owing to repeated heading of a ball.

In its submission earlier this year to the MPs’ inquiry, the Professional Footballers’ Association highlighted it had spent £1.82million to that point on supporting members with a neurodegenerative diagnosis, and that independent benefits advice provided to members had helped them access more than half a million pounds in additional support.

The PFA said it wanted to see an industry-wide fund set up to pay for things like care home fees but said it was not financially viable for the union to be the sole source of funding, and called on the Football Association, the Premier League and others to contribute.

The PFA also pointed out it had committed £616,000 into research looking at football and neurodegenerative conditions.

This includes the FIELD Study which it co-funded with the FA. Earlier this month its latest findings showed that defenders were five times more likely to develop neurodegenerative disease compared with the general population.

Head for Change wants the authorities to act and initiate research focused on maintaining and protecting the brain health of players who have retired knowing they may already have incurred traumatic brain injuries which will not lead to the onset of neurodegenerative disease until later in life.

It also wants a greater level of education for current and future players on the dangers of sports-related head injuries and how to prevent brain damage from repetitive head injuries during their playing careers.

Heading restrictions in training came into force in the professional game for the start of the season alongside the continuation of trials of concussion substitutes, though the current protocols in football have been dismissed as a “shambles” by FIELD Study leader Professor Willie Stewart.

One former player who has been in touch with Head for Change told them: “I’m scared to death. I wonder if it is me next. I do puzzles to keep my brain active.

“I take vitamins to protect brain health. Every time I forget something I think, ‘Is this the start?’”