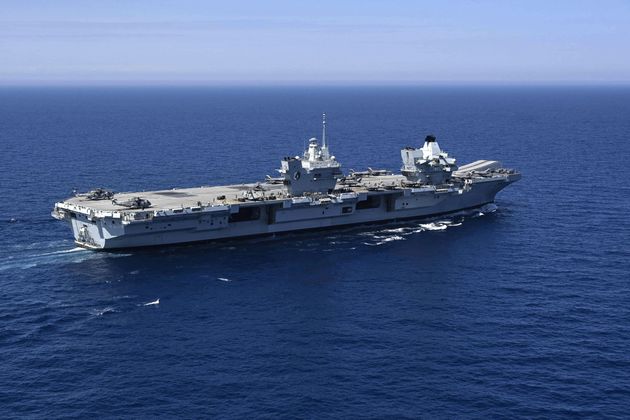 A major £1.6bn project to build three Royal Navy warships has been thrown into doubt after its delivery was downgraded by the Ministry of Defence, HuffPost UK can reveal.

The MoD fist launched the competition to built the three ships – which will provide weapons, food and and stores to marines – in 2018.

But the competition was then cancelled in October 2019 following advice that it needed to be a UK-only tender.

Data from the MoD’s major projects portfolio shows that as of March this year, the project has been downgraded to amber/red, meaning successful delivery of the project is in doubt.

It said this was primarily due to a “programme re-set” following the competition’s cancellation.

The Labour party accused the government of “needlessly” delaying the project.

James Murray, Labour’s shadow financial secretary to the Treasury, said: “This vital navy project has been needlessly delayed by the government not using its available procurement powers to invest in British companies and jobs.

“It is baffling how much time and money this government is willing to waste.

“By leaving British industry behind, the Tories aren’t just failing on procurement, they’re also failing to ‘level up’ the economy in different regions with the investment this would bring.”

The tender for the project was cancelled in October 2019 after the government’s shipbuilding tsar, Sir John Parker, recommended that only UK firms should be allowed to bid to build the ships.

Shortly afterwards the government suspended the tender, with reports suggesting it was because the bidders did not meet cost expectations.

The MoD then relaunched the competition in May this year, stating that a “significant proportion” of the construction work needed to be carried out in the UK.

A spokesperson for the MoD said:  “The final contract for the manufacture of the fleet solid support ships will be awarded to a UK business, either solely or as part of a consortium.

“We welcome international partners to team with British firms.

“We will seek to maximise UK social value in the programme and recognise the opportunities to strengthen the UK maritime sector.”