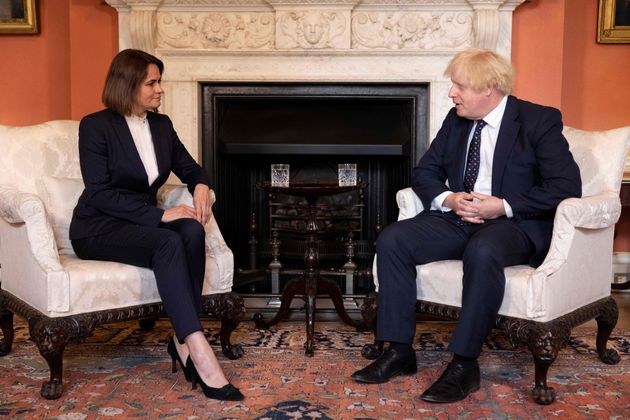 Boris Johnson has told Belarusian opposition leader Sviatlana Tsikhanouskaya that Britain is “on her side” as he welcomed her to Downing Street for the first time.

The prime minister told Tsikhanouskaya that the UK was “very much in support of what you are doing” and reaffirmed his commitment to upholding human rights and civil society in Belarus.

The country has been fractured ever since President Alexander Lukanshenko ordered a crackdown on dissidents following his disputed win against her in elections nearly a year ago.

“We are very much on your side, very much in support of what you are doing,” Johnson said. “We are committed to supporting human rights and civil society in Belarus.”

Forced to flee the country with her children on the day after the election, the opposition leader now lives in Lithuania.

She told reporters outside No.10 that she had not discussed “concrete” actions the UK might take with Johnson, adding that this would require “further work”.

But asked if she thought such help would be offered by the UK, she replied: “I am sure.”

The meeting came as it emerged that Vitaly Shishov, the head of a group helping dissidents who have fled Belarus, was found dead near his home in neighbouring Ukraine.

Police said they were investigating whether he had been killed and his death made to look like suicide.

And the country’s repressive reputation hit the headlines this week when Belarusian Olympian sprinter Krystsina Tsimanouskaya claimed she was being ordered home after criticising her coaches on social media.

Tsimanouskaya refused to board a flight to Belarus after she expressed fears for her safety and was given police protection at Tokyo airport. She subsequently received a humanitarian visa from Poland.

Tsikhanouskaya welcomed the PM’s words and said it was “very important to understand that one of the most powerful countries in the world are supporting Belarus” and said she felt “sure” the UK government would provide further help to the people of Belarus. 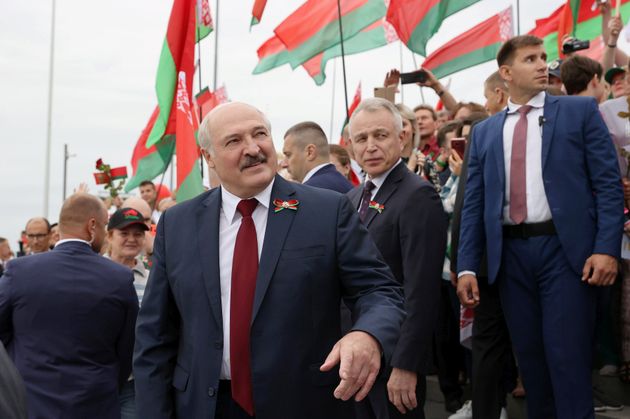 President Lukashenko, whose election a year ago has been disputed by the opposition

She said it was too early to comment on the death of Shishov but speaking of the fears for her own life, she said: “I understand you know, I can disappear at any moment.

“I understand this, but I should do what I am doing. I can’t stop, because I feel responsibility for the future of my country, the same as all those Belarusians felt fighting the government, feel their responsibility.”

She said the international community was “doing a lot” to help but that “sometimes decisions should be taken very, very fast”. “This regime will fall one day for sure,” she added.

The UK first imposed sanctions, including travel bans and asset freezes, on Lukashenko, his son and other senior figures in the Belarusian government in September 2020 in the wake of his “rigged” election win and subsequent human rights violations against opponents.

It followed with further sanctions against seven people and one organisation following the forced landing of a Ryanair flight carrying journalist Roman Protasevich and his girlfriend Sofia Sapega.

Tsikhanouskaya supporters who gathered outside the Foreign Office on Tuesday want the UK to do more. “We cannot leave Lukashenko to do what he is doing to the country,” said Ken McBain, a UK representative of the human rights organisation Libereco.

On Tuesday missing Belarusian activist Vitaly Shishov was found dead in Ukraine, an incident Tsikhanouskaya said was too early to comment on.