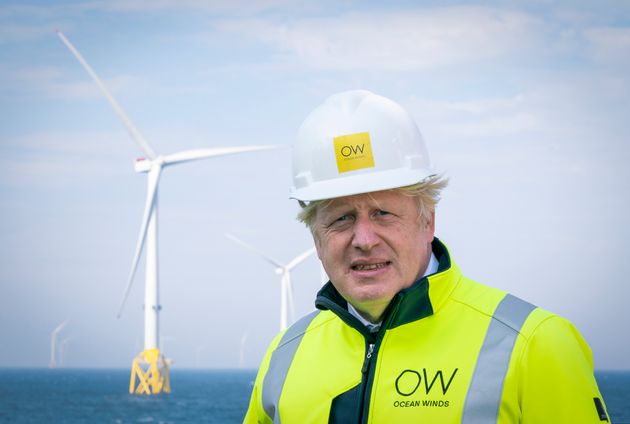 Boris Johnson has found himself in the public’s firing line after it was revealed close to £100,000 was spent on two paintings for No.10.

The accounts from the Government’s Art Collection fund – which is reinforced with taxpayers’ money – show that Downing Street spent £70,200 on just one 24in by 28in painting by Irish artist Cathy Wilkes.

Another £18,775 was spent on a set of four black and white photographs by installation Irish artist Willie Doherty, according to a report from the Daily Mirror.

The two works were apparently purchased to honour the century that has passed since the establishment of Northern Ireland.

The news has arrived weeks after the government cut £20-a-week from universal credit and introduced a real-terms pay cut for teachers and police officers.

Downing Street claimed the “majority” of the cash for the artworks came from donors and refused to say how much money came from the public purse.

Unsurprisingly, opposition MPs and the public are less than happy about the news.

“He could not be more out of touch.”

As his Government cuts Universal Credit and freezes frontline nurse/police pay, Johnson has found more money to treat himself. Again.

He could not be more out of touch. https://t.co/TFjTciTm4G

Labour MP Emma Lewell-Buck also told the Mirror: “The selfishness of the prime minister is galling.

“When shelves were bare in my local food banks, businesses have gone to the wall, public sector and key workers have suffered pay freezes and cuts, his priority is once again himself.”

One member of the public took to Twitter and asked: “How will these paintings benefit the taxpayer?”

Another said: “This is simply awful.”

A government spokesperson has defended the move, and said the Government Art Collection “acquires new works after consulting and securing the approval of an independent expert panel” and that the majority of the funding came from “philanthropic sources” not the taxpayer.

Govt art collection has supported British artists for 120 years – a unique cultural asset for our country. @BorisJohnson would have had no involvement in acquisition, which wld have come from existing budget. https://t.co/WaL6ZGRRlz

But, even this provoked some backlash online with one Twitter account writing: “That however, doesn’t make it right in these times and any committee should have stopped this in its tracks.”