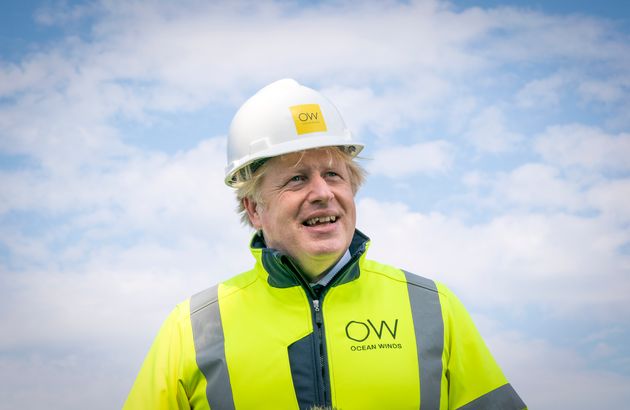 Boris Johnson has been urged to apologise after he praised Margaret Thatcher for giving the UK a “big early start” in the green revolution by shutting coal mines.

The prime minister made the comments – which have been branded “shameful” by Labour – on a two-day visit to Scotland in the context of an already strained relationship with first minister Nicola Sturgeon.

Speaking at a giant wind farm off the coast of Scotland’s north east, Johnson said the move from an oil-based economy to a green one needed to be “smooth and sensible” and that contracts that had already been signed for work in the North Sea “should not just be ripped up”.

Asked how quickly the UK could move from North Sea to green technology, the prime minister replied: “Look at what we’ve done already. We’ve transitioned away from coal in my lifetime.

“Thanks to Margaret Thatcher, who closed so many coal mines across the country [he then laughs], we had a big early start and we’re now moving rapidly away from coal altogether.”

After the briefing for the Scottish media, the PM then joked: “I thought that would get you going.”

Thatcher’s closure of the mines across Scotland and parts of England and Wales was a flashpoint of tension between her and the unions in the 1980s that still leaves a bitter taste in the mouth for many north of the border.

Last summer a report found that Scotland’s former mining communities were still struggling with a lack of education and job opportunities nearly two decades on from the pit closures.

The comments are also unlikely to go down well with Johnson’s voters in the north of England, many of whom come from former mining communities and who flocked behind him in the 2019 general election for the first time.

Shadow foreign secretary Lisa Nandy said the comments showed an “utter disregard for the communities still scarred by Thatcher’s closure of the mines and failure to deliver good new jobs in their place”.

“Without investment in good, green jobs as we move away from fossil fuels, the Conservatives risk repeating the mistakes of the past,” she said.

“It is vital that the green transition is a fair transition.

“The Prime Minister should apologise.”