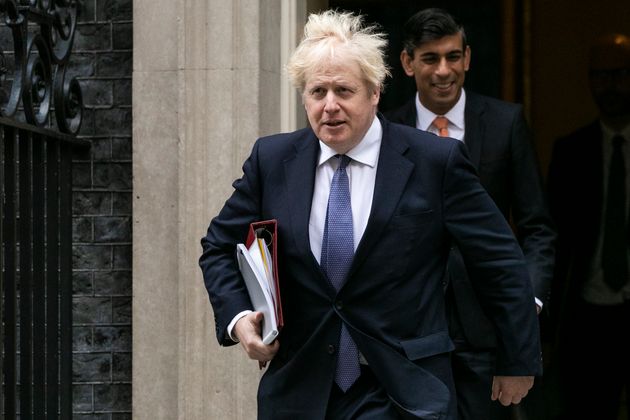 Boris Johnson and Rishi Sunak are on opposite ends of the spectrum when it comes to tax and spend.

Downing Street has downplayed reports of a rift between Boris Johnson and Rishi Sunak, saying the prime minister has “full confidence” in the chancellor.

Reports of tension between the pair have been bubbling for months but reached a head following the leak of a letter from Sunak to Johnson in which he called for the easing of covid travel restrictions.

According to the Sunday Times, Johnson was so angry that the letter was leaked without his knowledge that he suggested Sunak should be demoted to health secretary, saying he could “do a very good job there”.

Asked whether Johnson had full confidence in the chancellor, the prime minister’s official spokesperson said: “Yes.”

But he did not deny that Johnson made the remarks about sacking him.

“The prime minister and chancellor have always enjoyed a close and effective working relationship and will continue to do so,” the spokesman said.

“I’m not going to get into internal meetings but I would just say that I think you can see, particularly during this pandemic, they’ve worked closely together in lockstep throughout this incredibly challenging period.”

The reported threats to demote Sunak come at a time when the prime minister’s popularity is dipping while the chancellor’s is soaring.

A ConservativeHome survey of party members found that Johnson’s approval rating had plummeted to just 3.4%, compared with Sunak who was on 74.1%, only behind international trade secretary Liz Truss.

The tension between the prime minister and chancellor largely centre around differences in opinion on spending.

Sunak is said to want to tighten the purse strings while Johnson is reportedly more inclined to want to splurge.

Conflict between the pair could climax again in the autumn when crunch decisions are made for the spending review.