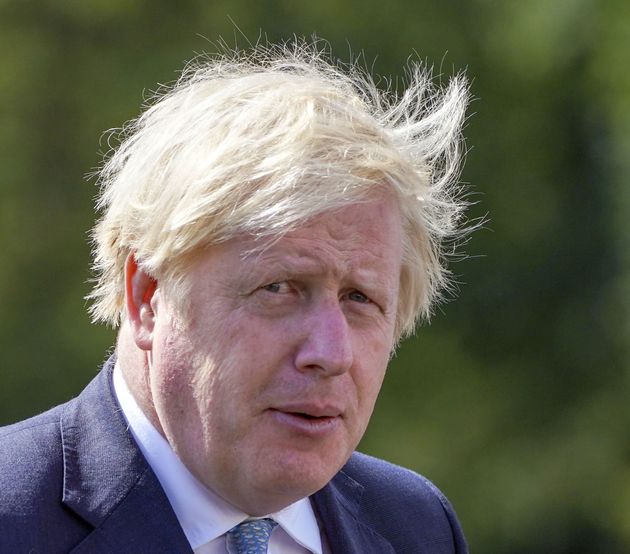 Downing Street denied the prime minister had come into close contact with the staff member who tested positive.

Boris Johnson has been accused of “cooking up a reason to be above the rules” after he avoided self-isolation despite a staff member testing positive for Covid-19.

The prime minister is facing criticism after it emerged he continued with his visit to Scotland despite a team member testing positive on the trip earlier this week.

Downing Street said Johnson did not come into “close contact” with the staff member in question despite the Guardian reporting that the pair were “side by side” on several occasions.

A Number 10 spokesperson said: “The prime minister regularly visits communities across the UK and all aspects of visits are carried out in line with Covid guidance.

“The prime minister has not come into close contact with anyone who has tested positive.”

The newspaper said Johnson and the official were seen at each other’s side on several occasions. They were both at a police college event on Wednesday and  travelled together on a RAF Voyager between Glasgow and Aberdeen, it said.

Current government rules state that anyone who is formally identified as a close contact of a positive case must self-isolate for 10 days.

A person may also be a close contact if they have been within two metres of a positive case for more than 15 minutes, either in one sitting or throughout the day, or if they have travelled in the same vehicle or plane as the person who has tested positive.

“It’s clear the prime minister hasn’t learned anything from what happened last time he tried to cook up a reason to be above the rules everyone else has to follow,” she said.

“Senior Conservatives are really taking the public for fools. This is yet another example of one rule for them and another for everyone else.”

Last month Johnson and chancellor Rishi Sunak sparked a public backlash after they initially decided not to self-isolate despite coming into contact with health secretary Sajid Javid, who had tested positive for Covid-19.

Their initial reason for avoiding self-isolation was that they were taking part in a pilot testing scheme.

However, they later U-turned following an outcry from MPs and members of the public.