The prime minister and his wife are expecting a second child after Carrie Johnson revealed the heartbreak of a miscarriage at the start of the year.

In a statement on social media, Ms Johnson said the brother or sister to their first child Wilfred was due to arrive “this Christmas”.

The 33-year-old environmental campaigner added: “At the beginning of the year, I had a miscarriage which left me heartbroken.

“I feel incredibly blessed to be pregnant again but I’ve also felt like a bag of nerves.” 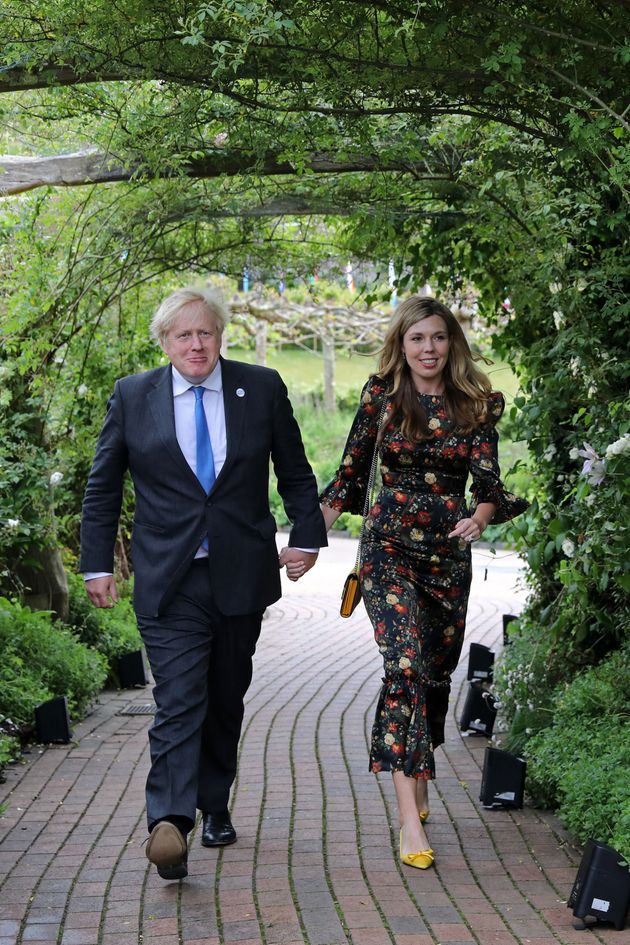 The couple made the announcement only two months after they tied the knot during a low-key wedding at Westminster Cathedral.

Ms Johnson, a former Conservative Party communications director, said she wanted to share the personal news about her miscarriage to “help others”.

She added: “Fertility issues can be really hard for many people, particularly when on platforms like Instagram it can look like everything is only ever going well.

“I found it a real comfort to hear from people who had also experienced loss so I hope that in some very small way sharing this might help others too.”

Labour leader Sir Keir Starmer put politics aside to send congratulations to the couple and said he was “very sorry” to hear about the earlier miscarriage.

“I’m sure that Carrie speaking out will be of comfort to others and make them feel less alone,” the Opposition leader added.

Downing Street said the Prime Minister had been due to work this weekend from his official country residence Chequers in Buckinghamshire, although it is not known if the couple are there together. 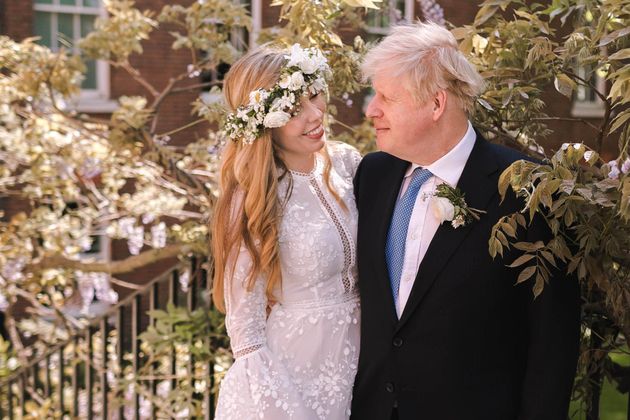 The pair married earlier this year

The new arrival is set to be Mr Johnson’s seventh child at least, having had four children with second wife Marina Wheeler, who he divorced last year following their separation in September 2018.

In 2013 it emerged during another court hearing that Mr Johnson fathered a daughter during an adulterous liaison while Mayor of London in 2009.

The 57-year-old’s son Wilfred Lawrie Nicholas Johnson – named partly after a doctor who helped save the Tory leader’s life when he contracted coronavirus in spring 2020 – was born in April of the same year.

Mr Johnson has looked to brush off questions about whether he has any more children.

The former journalist met his first wife, Allegra Mostyn-Owen, while they were students at Oxford. They married in 1987 but the marriage was annulled in 1993.

In 2004, he was sacked from the Tory frontbench over a reported affair with journalist Petronella Wyatt.

The divorce from lawyer Ms Wheeler, who he married in 1993, and subsequent marriage to his now third wife is understood to make Mr Johnson the first prime minister to get divorced and marry in office in modern times.

Mr Johnson and his then girlfriend also made history as the first unmarried couple to officially live together in Downing Street when they moved into the flat in Number 11 in 2019.

Formerly known by her maiden name of Symonds, the PR expert first found herself making headlines when she was romantically linked to Mr Johnson in early 2019.

But her association with Mr Johnson dates back to when she worked on his successful re-election bid at City Hall in 2012.

After her husband’s arrival in Downing Street, she was involved in a power struggle with the former de facto chief of staff in No 10, Dominic Cummings, which led to his ousting in the autumn.

Mr Cummings has accused Ms Symonds of looking to interfere in the running of the Government and recommending to her husband who to hire and fire, allegations that Downing Street deny.