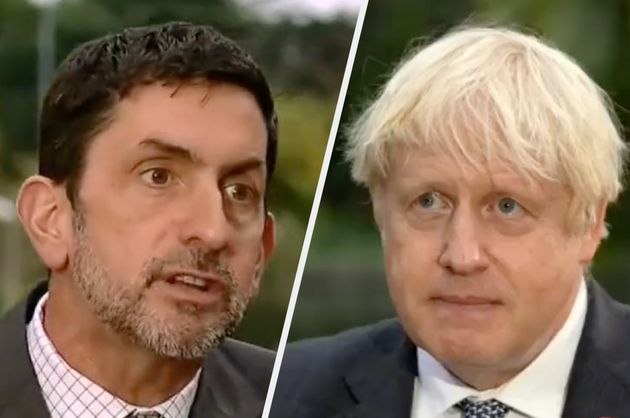 Boris Johnson was torn apart – and dubbed “a little bit weaselly” – for his mixed messaging around opening a new coal mine in the UK by a BBC journalist.

As he was being interviewed in Glasgow on the first morning of COP26, the UN’s climate summit, the prime minister was under the spotlight for not putting a stop to a new mine in Cumbria for coking coal.

The mine was approved to open until 2049 by Cumbria County Council in October last year but this decision was suspended by authority in February amid backlash.

The BBC’s climate editor Justin Rowlatt pointed out: “You’re going to the developing world and saying phase out coal, at the same time as not ruling out a new coal mine in Britain.

“We started the industrial revolution – we should close the mines.

“Why don’t you just say we’re just not going to open this coal mine?

“The Chinese will just says ‘we can’t take this guy seriously’.”

Rowlatt was referring to the UK’s efforts to get China to reduce its CO2 emissions, as it is one of the top CO2 emitting nations in the world.

The prime minister replied by claiming 80% of UK power came from coal when he was a child; now it’s just 1%.

“What everybody says is incontrovertible is the progress the UK has already made,” Johnson added.

Rowlatt then pointed out: “I’m sorry to bang on about coal, but it makes you look a little bit weaselly not answering the coal question.”

Rowlatt continued pushing him to answer his query “directly” and answer “yes or no” to opening more coal mines.

Boris Johnson – I’m not in favour of more coal, but it’s not my decision#COP26pic.twitter.com/ZQm4PMtvQL

He said: “Actions speak louder than words. If Boris Johnson is not in favour of more coal, why did it take his government so long to ‘call in’ planning permission for a new coal mine in Cumbria?’

He added: “It’s not local planning authorities who will decide if the Cumbria coal mine is built, as Boris Johnson appears to believe. The final decision will rest with his government, based on the evidence presented at the recent public inquiry, which overwhelmingly showed permission should be refused.”

Climate experts have been hoping that world leaders would promise not to produce any new coal at COP26, but it remains unclear how many will commit to such a pledge.

Rowlatt also skewered Johnson over his personal environmental decisions and his repeated claim that the UK is a world-leading nation when it comes to tackling the climate crisis.

The BBC journalist pointed out: “A couple of weeks before the holiday starts you go on holiday to Marbella – is that world leadership?”

Johnson swerved the question by directing it back to last week’s budget announcement that air passenger duty for domestic flights would be cut.

He said: “I think that on the issue of short-haul flights – we are increasing the taxation on long-haul flights which account for 96% of emissions.”

World leaders have faced further criticism as there have been an estimated 400 flights arriving in Glasgow solely for the climate crisis crunch talks.

Hundreds had to buy last minute plane tickets to Glasgow on Sunday night after severe problems with the rail network delayed passengers.