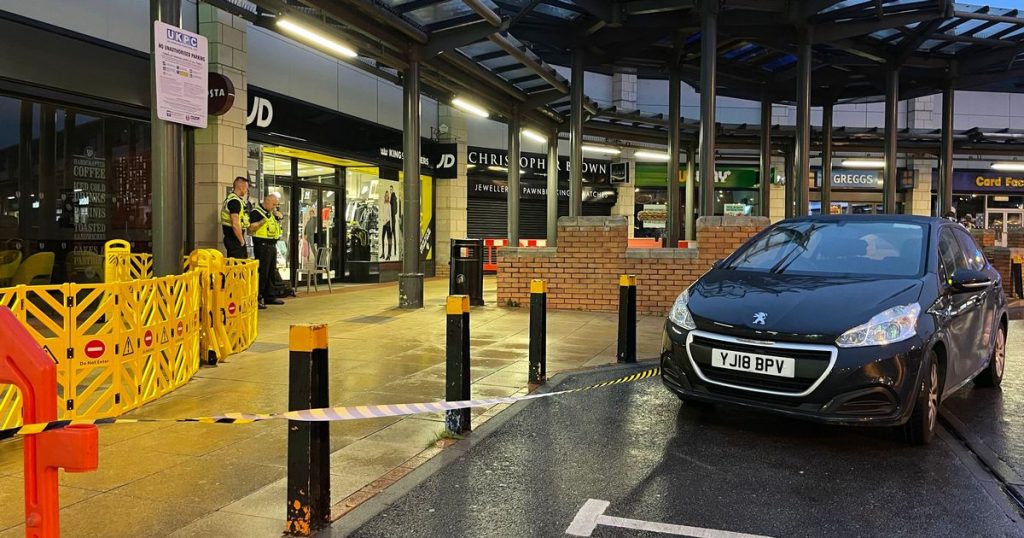 Police and investigation teams have been at a JD Sports in Leeds after what has been reported by witnesses as an attempted armed robbery.

One member of staff at the JD Sports store at Seacroft Green Shopping Centre said that two men went in to the shop and that one of them attacked another man with a screwdriver.

He said that another customer and an employee from the nearby Costa also attacked the men, who then drove off in a Vauxhall Astra.

One witness said she thinks it was about 4.30pm when the incident happened.

A member of staff said that there was two males in the store one waiting outside in a getaway car.

He said that he and another man approached them “which turned into a fight because one of the males had attacked him with a screwdriver”.

He said that one of the customers and a Costa employee helped and there were “no injuries”.

A witness said that the group drove off in a silver Vauxhall Astra that didn’t have any registration plates. She also said that the car hit a bollard as it was

West Yorskhire Police have been approached for a comment.