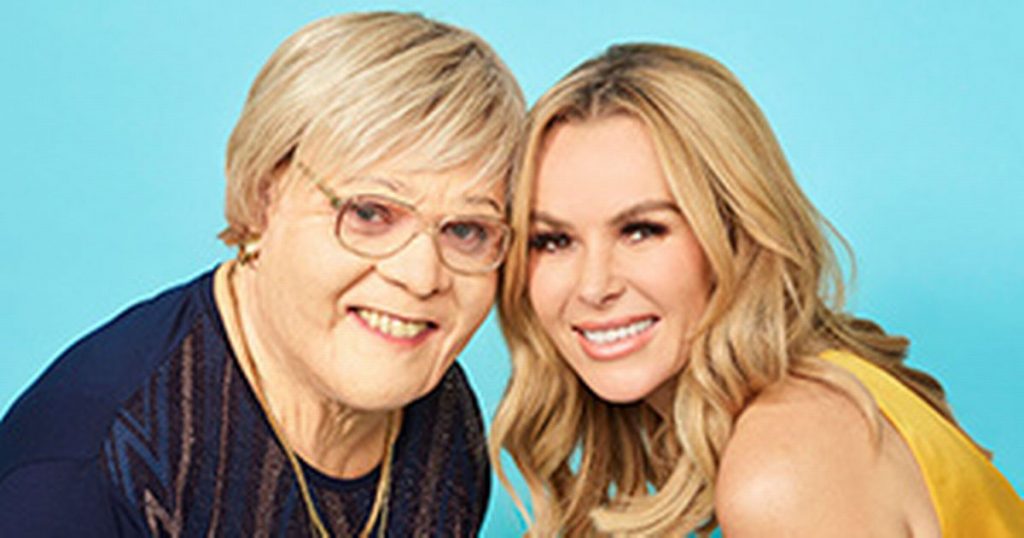 Fans have been left baffled by Amanda Holden’s new show The Holden Girls: Mandy and Myrtle.

With some fans convinced it was actually a documentary, the docu-series is actually a comedy following Amanda and her supposed nan Myrtle as they attempt to live together.

The E4 show has Amanda Holden exploring her “unique relationship” with her nan, who is played by Keith Lemon, as well as other family members.

The first episode had plenty of famous faces as well as the Leeds comedian, with stars such as Catherine Tyldsley and Ben Shephard.

Before the show aired, a spokesperson for Amanda’s “nan”, Myrtle, said: “I have no comment, apart from I’m really hoping being on TV might mean I can finally meet my favourite young man, Ben Shepherd.”

As the show took place, most of those watching didn’t actually realise that Keith Lemon was in the show until Myrtle spent a decent length of time on the screen and they saw through her disguise.

Many were left comparing it to Leigh’s sketch show Bo’Selecta which was pulled from All 4 after he was forced to apologise for playing characters in black face.

It didn’t do anything to clarify the actual programme for some watchers with one writing: “Who thought this was a good idea…Leigh Francis playing Amanda Holden’s nan? This does not bode well.”

Another added: “It’s like they saw Mrs Brown’s Boys and wanted a piece of that action…I have to say I’m baffled by this comedy show.”

However others were convinced by the mockumentary, writing plenty of compliments on Twitter: “Loved watching Leigh Francis and Amanda Holden, the two of you are hysterical together.”

Whether fans warm up to future episodes remains to be seen.