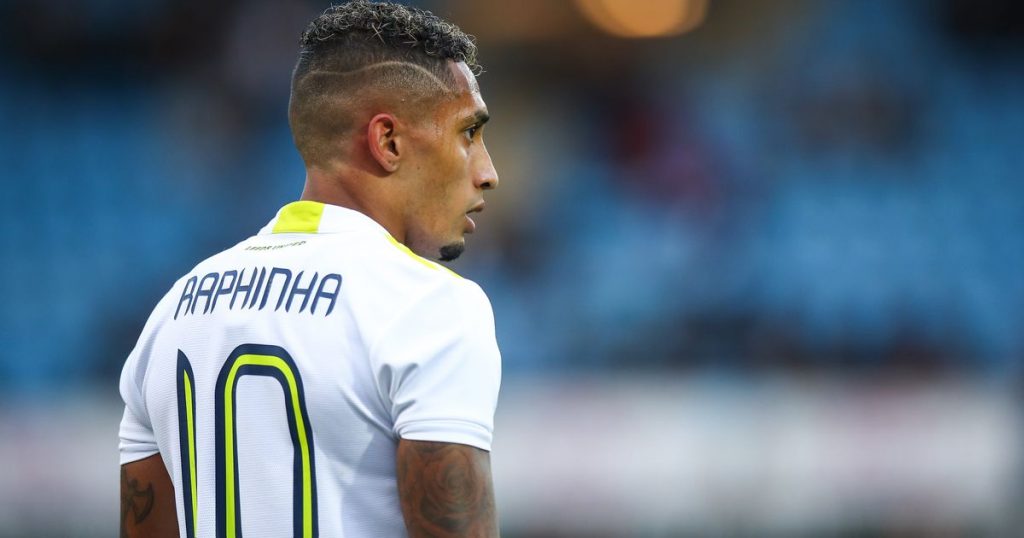 Leeds United star Raphinha has revealed how close he was to giving up on his dream of becoming a professional footballer and pursuing an alternative career as a barber.

The Brazilian has been a revelation since he arrived at Elland Road from French side Rennes last summer, scoring 8 goals and contributing 11 assists for Marcelo Bielsa‘s side last season as they finished in an impressive ninth position.

But the journey from Porto Alegre, in Brazil, to the Premier League wasn’t as straightforward as it could have been, the Leeds winger revealed in an interview with The Players’ Tribune.

“You can only take so many punches before you go down. When I was 18, I had been rejected by the academies more times than I could bother to count. Internacional, Grêmio, everywhere it was the same: a one-week trial and then an excuse. The Brazilian would eventually get his first break with Avaí Futebol Clube, a side based in Florianópolis, Brazil’s southern region.

“Just before I turned 19, I was training with the U-20 team at Avaí. They were based in Florianópolis, a six-hour drive north of Porto Alegre.

“I had never spent so much time away from home trying to get a contract. But then I got injured, and when I was fit again, I couldn’t get into the team. I didn’t even make the matchday squad. They told me to train on my own.

“The thing was, I had wanted to be a footballer since I was seven, so I never finished school. Which meant that I would have to find a job in a supermarket or a barber shop or something.

“I knew what that life was about, because my mum had changed jobs so many times. Her CV must have been the length of a book. Hairdresser, manicurist, seller of perfumes and clothes, receptionist, waiter, etc., etc., etc. Finally, she saved enough money to get a degree, and now she was doing what she loved, which was to work with children who had learning difficulties.”

Ultimately, it’s a decision that has paid off for the 24-year old, since joining Leeds last summer his scintillating form has seen him become a fans’-favourite at Elland Road, in addition to being linked with a move to the likes of Manchester United and Liverpool.