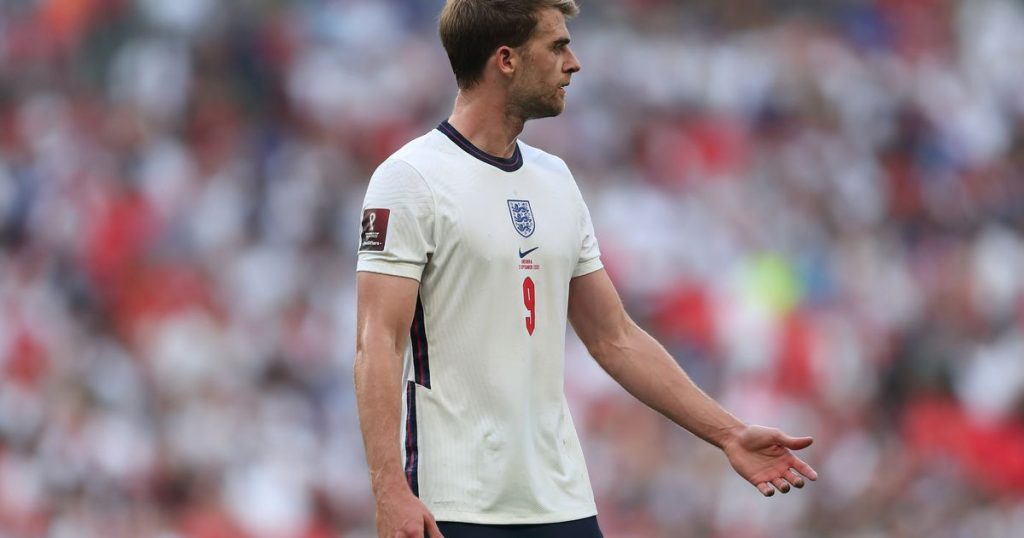 After a season in which Patrick Bamford scored 17 Premier League goals – a tally only beaten by Harry Kane when it comes to English forwards – he might have felt a little aggrieved not to have been called up for England’s Euro 2020 squad.

However, Bamford‘s long-awaited call up came for this international break and he made his debut yesterday, playing for an hour as England defeated Andorra 4-0.

The Leeds striker was substituted with the score at 1-0, after a frustrating game saw him make a lot of attacking runs without receiving the ball. As Kane was brought on to replace Bamford, he was joined by Jack Grealish and Mason Mount and Bamford will have wished that he had the opportunity to play with the two playmakers, who quickly changed England’s tempo and Mount won a penalty which Kane converted to make it 2-0.

After that goal went in, ITV’s cameras panned to Bamford’s reaction on the bench. The centre forward looked pleased for his captain but Ally McCoist criticised this decision on talkSPORT.

“That was a bit harsh wasn’t it?” The former Rangers star said.

Host of the show, Laura Woods said: “Yeah, I thought so as well because I thought ‘it’s rubbing it in a little bit there’ but obviously, as always, he was really smiley and supportive.”

McCoist went on to say of Bamford’s performance: “He did fine, he did absolutely fine. He warranted and deserved his opportunity, in my opinion. Being an ex-centre-forward I probably know how he feels, there will be a tinge of disappointment that he didn’t score.

“He’ll have gone into that game thinking ‘wow, I’ve deserved my opportunity, I’ve got my opportunity and I want a couple of goals here’. At the same time, absolutely fine, he’s warranted his selection.”

However, McCoist suggested that Bamford would feel that the game was an opportunity missed for him.

He added: “But if you’re going to be honest, I don’t care what anyone says, there will be a little bit of disappointment that he didn’t score.”