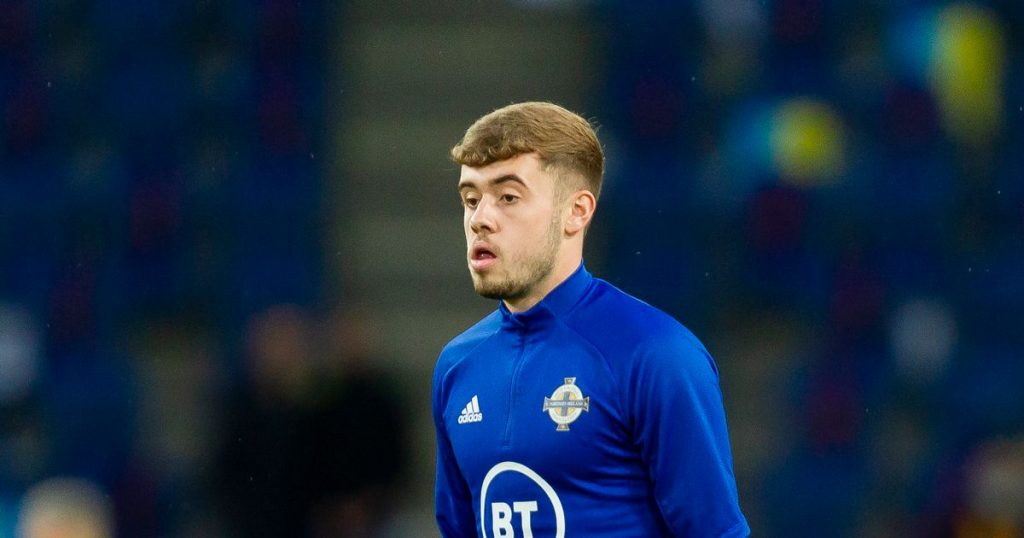 Leeds United midfielder Alfie McCalmont made his first international start on Sunday, playing all 90 minutes as Ian Baraclough’s side claimed a 1-0 against Estonia.

The 21-year-old is currently on his second season away from Elland Road as he follows up last season’s successful stint at Oldham with a step up to League One Morecambe.

He is also making strides on the international scene and impressed in the 1-0 friendly win in Tallinn, earning praise from Baraclough.

“He loves breaking the play up and looks to just pass it simple. When he keeps it simple he makes the game look very easy and he does very well. He’ll gain on that experience and I thought he was good tonight.”

The on-loan midfielder has made four appearances in the league for Morecambe so far this season and is gaining valuable experience in senior football following his 38 appearances in League Two for Oldham in 20/21, which saw him score eight times and pick up five assists.

Under Marcelo Bielsa it is rare for players to return to the club and have an impact on the first-team after they have been loaned out, but McCalmont’s development has been very encouraging at a time when some of his former Thorp Arch teammates such as Robbie Gotts, Jordan Stevens and Bryce Hosannah have secured permanent moves away from the club.