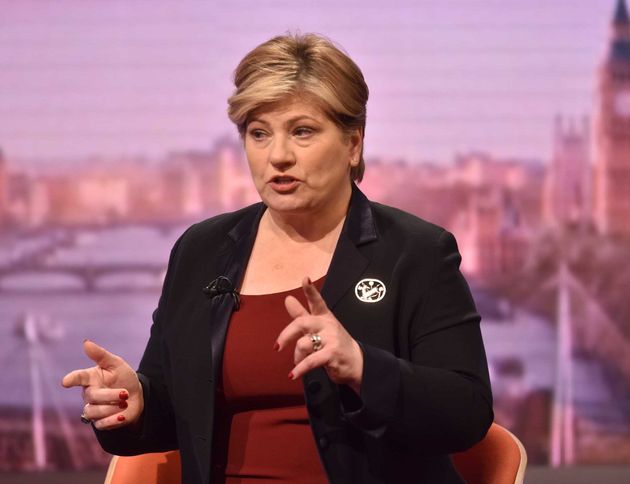 You’re reading The Waugh Zone, our daily politics briefing. Sign up now to get it by email in the evening.

It’s taken quite a while, but Labour is talking about Brexit again. In her first big intervention as shadow chancellor, Rachel Reeves started the week by unveiling a new ‘Made in Britain’ policy under which the party would change procurement rules to boost home-grown firms.

As she set out details of how the plan would secure supply chains by “reshoring jobs” as the US and French have done, Reeves uttered the B-word. “It’s about sorting out some of the problems with our Brexit deal that the government signed last year,” she told me on TimesRadio.

That deal had “short-changed our creative industries, our professional services and our farming and food businesses. where we have seen a 47% drop in exports to the EU”, she added. New blue passports being made in France, just one UK firm winning HS2 contracts, overseas firms supplying PPE in the pandemic, all are examples of the government’s failures, she said.

For Labour the political benefits of this new policy are obvious. This week’s latest GDP figures showed that while professional services and construction were picking up again, manufacturing and farming were not. The former are concentrated in London and the south east, the latter are crucial in the ‘Red Wall’ seats (many of which have a mix of urban and rural) in the north and midlands.

And while Reeves is careful not to suggest Labour would reverse Brexit, she is determined to highlight the flaws in the Johnson deal. By focusing on how to make, sell and buy more British products, she has followed through on her very first Commons appearance in her new role. Add in examples of Labour metro mayors plugging the idea this week and you can see it’s no one-off strategy.

Labour’s win in Batley and Spen seems to have helped fuel this attempt to get on the front foot. And further proof of a new-found confidence on the issue comes in our latest Commons People podcast with Emily Thornberry. The shadow international trade secretary told us: “Six months out from the deal we can now start saying: ‘when you say this is a teething problem it obviously isn’t’,”

Liz Truss was like the “secretary of state for a doughnut”, because she focused on all trade apart from the great glaring hold of trade with the EU, Thornberry said. “She will take no responsibility for patching the deal that we really need, which is the biggest trade deal, which is the trade deal with the EU, which has great glaring holes…We need to repair this really thin deal. It’s like gossamer.”

Strong stuff, but Thornberry is clearly unafraid of taking the fight to her opposite number. In the podcast, she says Truss has become “a Margaret Thatcher tribute act”. And she reveals the gossip in the Department of International Trade is that Truss has a habit of writing on documents in her ministerial red box: “Too long, didn’t read”.

Thornberry also underscored Labour’s tougher lines on China, revealing she had been in talks with Taiwan’s UK representative today and calling for British firms to reveal if they use products made by Uighurs. This follows Lisa Nandy’s call earlier this week for the UK to stage a political, but not sporting, boycott of the Beijing Winter Olympics.

The ‘Made in Britain’ policy itself has echoes of Gordon Brown’s “British jobs for British workers”, without using that exact phrase. I remember David Cameron was so outraged by the slogan he once said in PMQs it was “borrowed off the National Front”. And in a reminder of how politics has come since, Cameron even complained the policy would contravene EU free movement rules.

Yet focusing on British manufacturing and procurement perhaps also shows that Labour is also getting more comfortable with the idea of “progressive patriotism”, a phrase that Rebecca Long-Bailey road-tested in the leadership campaign but quickly backed away from.

Gareth Southgate’s calm, inclusive leadership of the England football team has embodied that concept better than most politicians (particularly Tory backbencher Lee Anderson, who will amazingly boycott England’s big game this weekend because the team continues to take the knee).

As Boris Johnson wraps himself in bunting, while curiously wearing his England top under a suit jacket, Labour is edging its way into criticising his skinny trade deal with the EU. I wonder if Keir Starmer will go the whole way and promise at the next election “a better Brexit”?