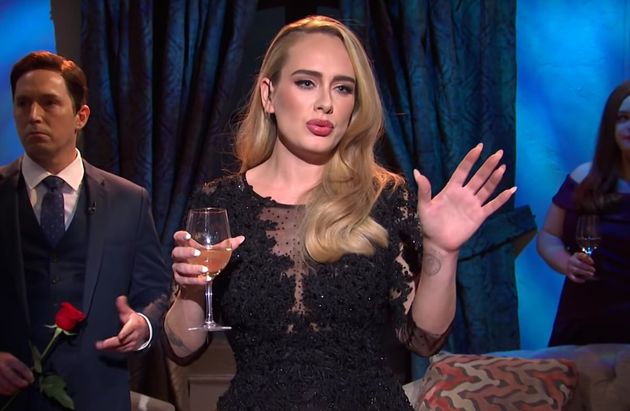 Adele during an appearance on Saturday Night Live in 2020

Adele has unveiled the tracklisting for her upcoming fourth album 30 – but there’s one song title in particular that’s really got fans talking.

On Monday night, the award-winning singer revealed the names of the 12 tracks featured on the standard edition of her new album, including the chart-topping Easy On Me, which was released as the collection’s lead single last month.

While 30 will feature songs like album opener Strangers By Nature, an interlude named All Night Parking featuring the late jazz pianist Erroll Garner and the much-hyped finale Love Is A Game, one track started trending almost immediately after the tracklisting was announced, despite fans not even having heard it yet.

Of course, we’re talking about I Drink Wine.

Although we’ve still got a couple of weeks to go until we can hear 30 in full, that hasn’t stopped Adele fans from speculating about what could be in store:

Can’t wait to see which song on Adele’s new album ’30’ makes me cry the most, but the sequence of ‘Cry Your Heart Out’, ‘Oh My God’, ‘Can I Get It’ and ‘I Drink Wine’ feels like the most relatable track list ever made. pic.twitter.com/VgoxOhoKBp

adele has a track on 30 called i drink wine. she knows her audience so well.

During Adele’s recent interview with British Vogue, she did tease that one song told the story of her “going out and getting drunk at a bar”, although she didn’t specify that it was called I Drink Wine.

Vogue described the track in question as having a “non-Adele sound” and compared it to Goldfrapp, while the star suggested it was about “destruction”.

“I start arguments if I drink liquor. I can handle my wine, I could drink five bottles of wine and have a normal conversation,” Adele told the magazine.

Adele’s 30 is slated for release on Friday 19 November, almost six years to the day after she dropped her last album, 25.