It looks like Adam Peaty is itching to get onto the Strictly Come Dancing dance floor – just days after he was confirmed for this year’s line-up.

The Olympic swimmer swapped his gold medals for a gold dress as he shared an update from his Strictly prep on Tuesday.

The three-time Olympic champion announced he had signed on for the show last week, following his triumphs at the Tokyo games.

And the 26-year-old is really getting into the spirit of things after slipping into a sparkly number.

Sharing a snap of his outfit on Instagram, Adam captioned the post: “Think I got the wrong outfit.”

Former Bake Off winner John Whaite, who is also a contestant on this year’s Strictly, joked: “Erm, mate I’ve asked you not to go in my dressing room…” 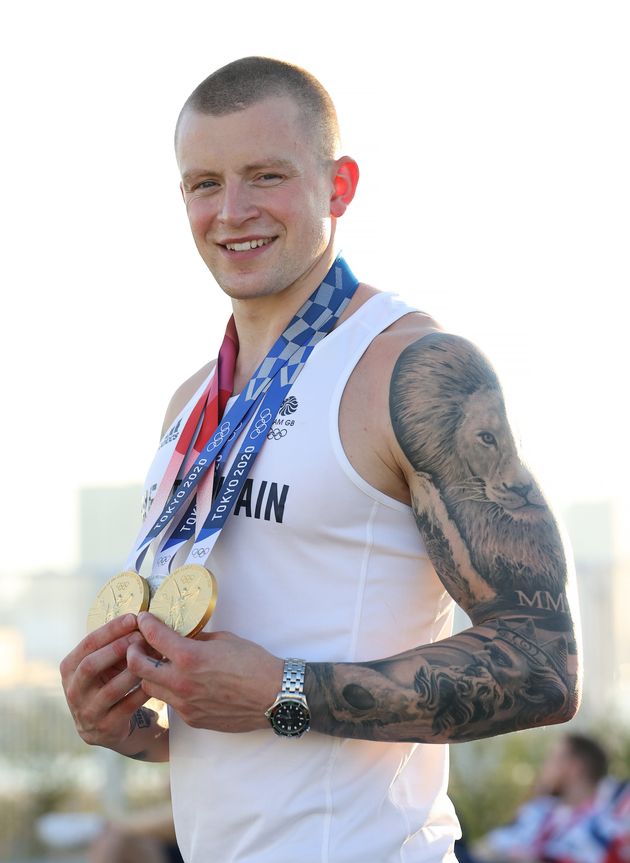 Adam Peaty poses with the two gold medals and the silver medal he won during the Tokyo 2020 Olympic Games.

Announcing his participation, Adam said he was looking forward to a different challenge but was “bricking it”.

He said: “I think this will come as a surprise to a lot of people, but I’m so excited to finally share the news that I’ll be joining Strictly this year.

“I’m really looking forward to doing something totally different and challenging myself away from the pool. I’m hoping my competitive nature is going to compensate for my dancing abilities!”