After winning Britain’s first gold medal at the Tokyo Olympics, swimmer Adam Peaty can be forgiven for dropping not one, but two F-bombs live on the BBC.

The swimmer was the favourite going into the 100-metre breaststroke final on Sunday and didn’t disappoint after he posted the fifth-fastest time in history to become the first British swimmer to ever defend their Olympic title.

Speaking to the BBC, seconds after after his triumph in the pool at the Tokyo Aquatic Centre, Adam turned the air blue.

“It’s the best person on the day, who’s the most adaptable – and really who fucking wants it more.

“It just means the world to me. I knew it was going to take every bit of energy and I’m just so fucking relieved.”

He added: “Apologies for the swearing, I’m very emotional.” 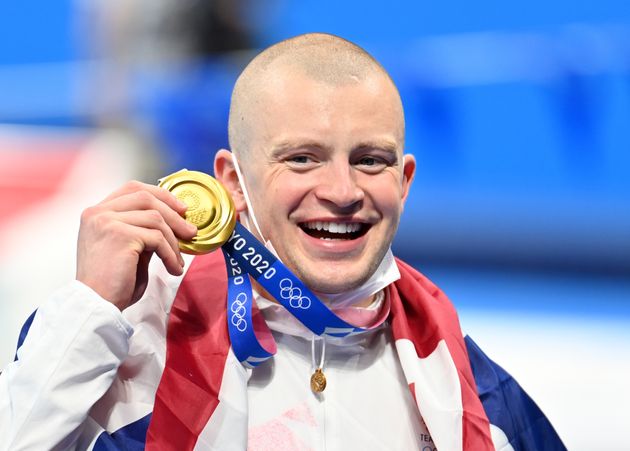 Adam Peaty of Team Great Britain poses with his medal after winning the Men’s 100m Breaststroke Final of the Tokyo 2020 Olympic Games at Tokyo Aquatics Centre in Tokyo, Japan on July 26, 2021. (Photo by Mustafa Yalcin/Anadolu Agency via Getty Images)

Adam has not lost a 100m breaststroke of any meaning since 2014 and the 26-year-old’s time of 57.37 at the Tokyo games was just outside the Olympic record he set in Rio.

It is still the fifth fastest in history and clear of the rest of the field by well over half a second.