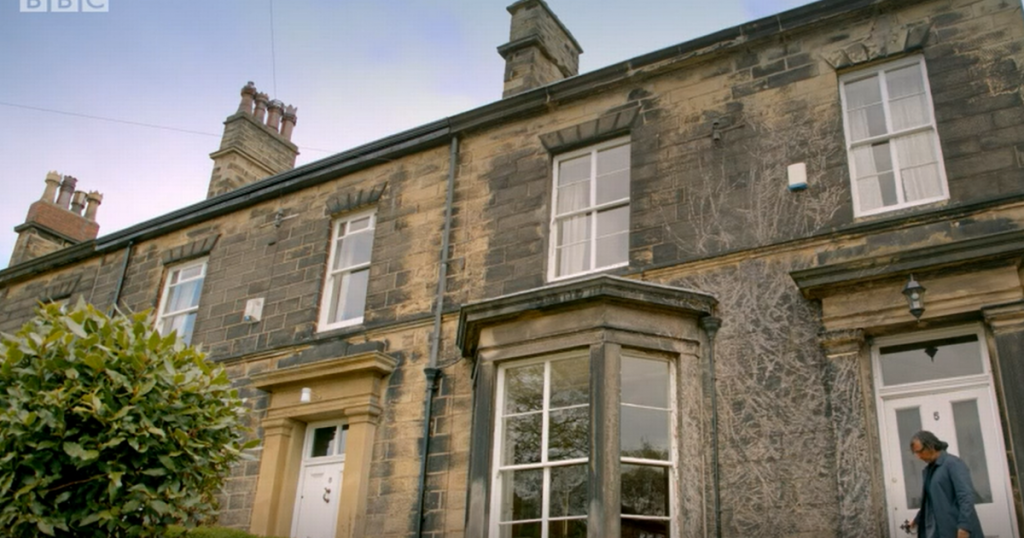 The incredible story of how a Leeds magistrate tried to save a ‘devil worshipper’ who poisoned his wife from hanging to death has been unearthed in a BBC2 series.

A House Through Time returned to TV screens on Tuesday evening (September 7), where the programme, presented by historian Dr David Olusoga, looked back at the history of a grand property in Headingley, in Leeds.

Homeowners Jackie and Pete, who are both retired, already had a few tantalising clues about the chequered past of their home – with hints inside 5 Grosvenor Mount including a name scratched into a wall and a crack rumoured to be caused by an earthquake.

But nothing could have prepared them for what was to come.

The couple discovered that until the mid-19th century the land the home was built on had been used for farming, until deeds show it was eventually carved up into smaller plots to be sold as “prime real estate”.

The first-known occupant of the house was 28-year-old William Bruce, who moved in with his wife.

The couple were deemed as middle class and upstanding members of society, but four years after they moved in Bruce found himself embroiled in a gruesome scandal.

There had been a newspaper article that documented details of a man named William Dove being sentenced to death for murdering his wife.

However, there had been a petition to spare Dove’s life – which included the signature of William Bruce.

During the programme, it begun to unearth why William Bruce had tried to save the life of Dove.

It transpired that four weeks earlier, police had been called to a house in Burley where they found Dove’s wife Harriet in agony.

Her body was arched, and her hands were clenched and she was suffering from spasms.

She eventually died in the “greatest possible agony”, and it was believed that Dove had poisoned her with rat poisoning.

Dove was arrested for murder and put up for trial. It was while he awaited trial in jail he wrote a letter.

It was no ordinary letter, it was a letter written in his own blood and addressed to the devil.

It asked the devil to get him acquitted in court, and he signed it off as “your faithful servant”.

It was discovered that Dove was obsessed with spirits, black magic and devil worship.

As more information about the case unfolded, Bruce began to deem it as a serious “miscarriage of justice” as he believed Dove to be a “deeply damaged” person.

Search for houses for sale or rent near you

Bruce believed he was not fully responsible and had “genuine” human empathy for him.

Despite the petition, Dove was hanged to death – where newspaper reports said “crowds of thousands” watched on.

During his career Bruce continued to campaign for the poor and vulnerable.

He was eventually made the first-ever paid magistrate of Leeds.

Towards the end of his career, Brue, who was aged around 69, continued to fight for change.

Other historic stories about past owners of the house included a ruthless factory owner hit by a vengeful arson attack, a traumatised soldier turned thief, and a war bride with a mysterious past.

One remarkable story was the origin of the ‘crack’ which runs inside the building and is thought to have been caused by an earthquake.

On the face of it, it may sound like an unlikely story.

It turns out that the crack appeared in 1931 after the Dogger Bank earthquake which measured 6.1 on the Richter scale – making it one of the most powerful quakes to ever hit Britain in modern times.

A House Through Time is on BBC2 at 9pm on Tuesdays.